Members of parliament of the main opposition party, APC has on Thursday 6th August 2020 staged a peaceful demonstration at the well of parliament by putting on black T. shirts with the description “Makeni Lives Matters” in solidarity with their constituents. Makeni City suffered a tragic and unreasonable conflict last month which led to the death of 5 youths, many injuries and 51 arrests.

Speaking to this press, the Deputy Chief Whip of the Main Opposition APC party, Hon. Catharine Zainab Tarawallie of Constituency 037 in Makeni, said that they wore the Black T-shirt as they are mourning the Death of their brothers and sisters in Makeni, and also extend empathy to the youths who are currently in CID custody. According to her, “Makeni Lives Matter, and the lives of Citizens of Makeni Matter.” She expresses that they are sending message to the Speaker of Parliament and the Central Government that they are not happy. Hon. Zainab further state that most of the dead youths voted for her and Hon. Sallieu Osman Sesay. She concluded that the People of Makeni and Sierra Leone by extension must have “Freedom, Unity, tranquility and Peace”

Hon. Hassan A Sesay, Chief Whip of the All People’s Congress in parliament said they put on the T-shirts to draw the attention of the leadership relating to the killing of Youths in Makeni. He called on the President to institute an impartial investigation into the sad event that took place in Makeni, because as far as he knows the deceased are still in Police custody. He said they intend to give a befitting burial to their People and sadly the government has not released the bodies. “Whatever they do, let them finish and release the bodies to us for a befitting burial.” Hon. Hassan A Sesay Said. He noted that they want the leadership of Parliament to stand by his words as he promised “a cross-Party Committee to help in the investigation.”

A resident of Makeni Explains that When they say “Makeni Lives Matter” literally means every Sierra Leonean who thinks his/her life is in danger of the political system that consistently tries to wrongfully treats them, based on their regions, their ethnic orientation and how their last names sounds. The rise of Makeni Lives Matter is to draw attention to the ills of the high spate of human rights violations. It centers around breaking the cycle of violence and silence against armless/defenseless citizens of the republic. Makeni lives matter is merely raising an awareness of unjust police killings of certain people who they deemed as opposition strongholds supporters, not only in Makeni but the Northern/Northwestern region, and Western area of the country. 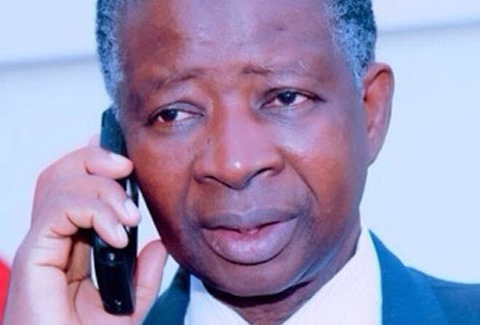