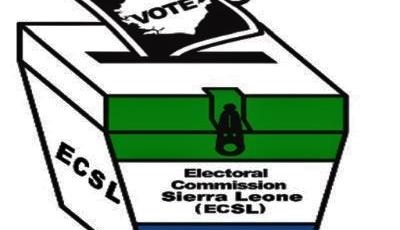 One good thing (if you could call it that) about pre-war elections during
the days of the one party system of governance was that elections were
predictable and processes were swift! I still recall election result
announcements on radio for some favoured candidates- “Unopposed and duly
elected”, anathema to my die-hard SLPP Uncle, BC. The Mende translation for
“unopposed” was very dramatic-“Numu gbi loni gu bahun”, with the literal
translation, “Nobody stood cheek by jowl with him”. Uncle BC was a veteran
“Mafanta prison graduate” who never “reformed”. The one time he had the
opportunity to vote for his beloved SLPP in the voting booth, he was ordered
by a gun-toting ISU Policemen hiding in the roof- “Nor put am yanda. Put am
na di oda box!” Elections were often preceded by the occasional locking up
of recalcitrant candidates not favoured by government to prevent them from
being nominated or sometimes by the carting away of ballot boxes and the
announcing of fictitious polling numbers for candidates. Violence was the
order of the day.

How times have changed! We have now advanced to a more transparent electoral
system that attempts to ensure a level playing field. The series of
processes culminate in the election itself- a series of steps taken in line
with the constitution. But each step, far from being straightforward is
cloaked with doubts along the way, to the extent that government and
opposition parties always seem to be at daggers drawn with each other for
all kinds of reasons.

Much has been said about the merits and demerits of both the Proportional
Representation (PR) system and the present First past the Post (FPTP)
system; the arguments made in favour of each are compelling. Put simply, the
PR system is more inclusive, allows both big and small parties to be
represented, is good for national cohesion and minimises electoral violence.
Those opposing it however say that the elected representatives owe their
positions to the party and are therefore not directly accountable to the
public. For now, Government and its proponents favour the PR system but the
opposition APC is against it. Some of the other parties seem to be
ambivalent about it. One senses from the division that whatever the merits
or demerits of the PR system, political parties are probably taking
positions that would benefit them down the line to win elections. There are
however some discerning people and groups, with no dog in the political
fight that genuinely favour one system or the other.

We have witnessed over the past few electoral cycles vehement disagreements
over census results, voter registration, constituency demarcation and
electoral campaign conduct. To compound the problem, opposition parties have
been enmeshed in court cases, that may go right down to the wire, close to
the elections, with grave uncertainties as to who their Presidential
candidate could be.  Quite apart from self-inflicted wounds, caused by
clashes between various interest groups within the parties themselves, there
is often the accusation that some of the court cases may be government
instigated and dragged out by a compliant judiciary.

Elections institutions and Parliament would always argue that they are
merely following the infamous 1991 constitution; a document that has created
so much controversy in its interpretation. With new electoral and other laws
interpreted every which way by both armchair and “wigged” lawyers, this
document becomes the final arbiter, and interpreting it is like tossing a
coin. A friend of mine wrote about the 1991 constitution- “We need a project
that brings English professors and lawyers together to rewrite our
constitution in clear language. It’s so turbid for educated lay folks that I
truly doubt if it is clear for lawyers”!

It is surprising however that for such a profound change in our system of
voting, there has been relatively little consultation. The Electoral
Commission for Sierra Leone (ECSL) itself has had so many snafus of late
that not only cast doubts on the integrity of the electoral process but
impugn on the Commission’s competence. The initial non-factoring of those
who are 17 and would be 18 by election day in the data capturing during
registration (perhaps they assumed time would stand still for them?),
uncertainties about registration of first time voters and the delay in
displaying the electoral register do not instil confidence in many people.
Announcing such an important issue like changing the electoral system to
District Block Proportional Representation via a tweet makes levity of such
an important constitutional issue.

This decision brings to the fore so many unanswered questions.  What is the
status of the Boundary delimitation process that had started? How will Local
Council elections be conducted under the PR system? What will be the minimum
threshold requirements for political parties? Which census results will be
used for estimating the population of a District? What will be the fate of
independent candidates? These may not be insurmountable problems and could
still be the subject of consultations. The ECSL says these will be clarified
in statutory instruments. This may however be made doubly difficult in the
present circumstances in which there is a trust deficit as far as opposition
parties are concerned.

One thing that has scarcely been mentioned in this debate is that the
political parties wield inordinate power with either system because of poor
internal democratic practices; it gets admittedly worse with the PR system.
The fact that Party Leaders greatly influence the choice of candidates, the
poor appraisal of incumbents for Parliamentary seats (resulting in over 70 %
turnover of MPs-MPs are not necessarily judged on competence), the influence
of money in buying over party officials, the skewed electoral process for
aspirants at all levels, the inherent chauvinism in many party officials,
militating against women aspirants and a host of other factors would
probably cause more problems than the election method chosen for national
elections. Smaller parties may even be “edged out” by a schemed raising of
the minimum threshold requirements. The choice and prioritisation of
candidates is bound to create headaches for party executives. There is no
doubt that this is going to put enormous pressure on parties.

Undoubtedly, for democratic governance and constitutionalism to be nurtured
and consolidated, states need to undergo deliberate electoral system
reforms. Active citizen participation in elections — including through
monitoring and advocacy for electoral integrity and genuine inclusion
provides an important opportunity to harness broad citizen support for
democracy and elections. ECSL should ensure a level playing field for
incumbent and opposition candidates. When all is said and done, the
legitimacy of the electoral process hinges on the electorates’ and
candidates’ perception that the process has been conducted in a way that
does not in advance ensure a certain outcome.

There are so many processes in the electoral system that have caused
controversy and could mar election results that there is no one smoking gun.
There are several smokeless guns which together create uncertainties and
unfairness to such an extent that the legitimacy of the elections themselves
might be undermined. The PR system would just be another smokeless gun
unless ECSL takes the bull by the horn and addresses the myriad concerns
being raised. Political parties themselves have an obligation to improve on
their internal democratic practices, whatever the electoral system used.
Here is hoping that we shall never say “Numu gbi loni gu bahun” again, with
adverse consequences for our peace and security.

Ponder my thoughts. By Andrew Keili 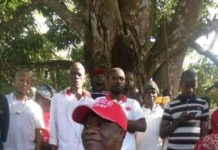 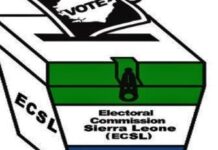 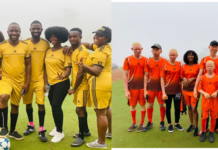