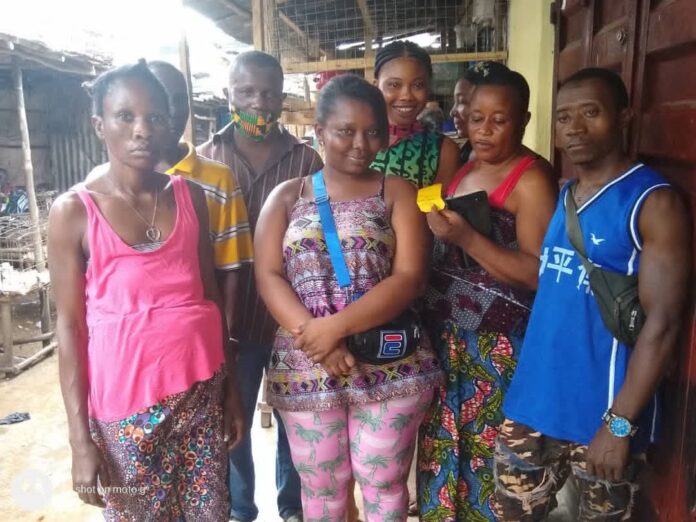 This medium has just received a complaint letter from affected members of the destructive fire disaster which occurred on November 9th, 2020 and left about 120 people, including pregnant women, suckling mothers, children and the aged homeless at Fisher Street, Colegbaya, Central Freetown Sierra Leone.

The correspondent which was addressed to the Resident Coordinator for the United Nations Resident Coordination Office in Freetown accused one Mr. Francis who is currently in-charged of disaster management at the designated office of displaying arrogance, citing his continuous refusal to converse with them even on telephone as affected citizens.

According to the write up, the disappointed victims were registered the same day the event took place by the National Disaster Management Agency (NDMA) in the Office of National Security (ONS) at the Susans Bay Community Centre in the presence of representatives from the Sierra Leone Red Cross Society, NDMA, WFP and Orange Mobile Network, adding that absolutely no emergency assistance or relief was given to lactating mothers, children and other vulnerable groups of victims.

The letter highlighted that an Orange sim card was given to each household head with no mobile phone for startup cash transfer, noting that some victims were not registered because some were not inform about when and how the registration was going to be done.

It was further discussed in the letter that on the 18th December last year, each registered household head received a 50kg bag of rice, rubber oil, a blanket, rubber bucket and a hot water container, stating that nothing was offered to landlords for the rebuilding of their broken homes.

The Coordinator for the Fisher Street Fire victims, Mr. Maraka Kargbo discussed in the letter that on March 26th, 2021, they queried Mr. Francis of WFP on why up till then no victim receive a cash transfer alert message.

At this stage the letter continued that Mr. Francis responded that they had made all their cash transfer payment to all supposed beneficiary of the gesture since December, 2020. After the victims had mounted challenge on the basis that not all registered victims had received an alert for the said money, Mr. Francis disappeared in their sight and left with huge promise to look in to their plights.

In the letter, Mr. Maraka Kargbo recalled that they approached officials at the Freetown City Council (FCC) including the Freetown Mayor, Yvonne Aki Sawyer, a British expert on disaster management attached at the FCC, Mr. Martin, Ward Councilor Madinatu and others but nothing fruitful in favor of the victims came out after the said engagement.

The letter continued that they as victims of the natural disaster were surprised for Mr. Francis to not only promised to meet with them but he firmly emphasized that not all victims of the inferno would receive cash transfer and stressed that WFP was in search of funds to make the cash transfer payment to beneficiaries.

The victims expressed dismay that in the end of it all, few among the victims that received alert for their Orange money payments.

Concluding, victims of the great loss are appealing to authorities at the UN Resident office in Freetown to come to their aid by supporting an independent investigation or inquiry on what they described as an incomplete payments of cash transfers to the said vulnerable victims of the wild fire.

Contacting Mr. Francis on his cell phone to respond on the numerous allegations levelled against him and the institution, he replied that he was not going to say anything and lets the journalists go ahead with their publication.

Mr. Francis issued stern warning to the investigating journalists never to contact him again on the same issue because they have dealt with all registered victims that supposed to receive payments.

The Anti-Corruption Commission (ACC) and the Ministry of Health and Sanitation have signed a Memorandum of Understanding (MoU) geared towards strengthening collaboration between the two institutions in order to fight against corruption and other healthcare delivery challenges in the health sector.

Speaking at the ceremony, the Commissioner of the ACC Francis Ben Kaifala Esq, said since health issues took prominence in Sierra Leone, a lot of resources have been committed to the sector. He said it is however sad that the sector has been rated as one of the most corrupt in successive corruption perception surveys conducted in the country. We should not have such an important sector with such an anomaly hanging over it, he said.

The ACC Commissioner said the Commission had committed so much energy in the past in addressing corruption issues in the sector, using a multi-faceted approach, which includes building systems of healthcare institutions, customized public education engagements with health workers and investigating and prosecuting individuals engaged in acts of corruption. But I think the most important progress to make now is to change the sector for the better, he said.

The Commissioner said that there is need for the two institutions to pay attention to key challenges in the sector, including the supply chain management of drugs and other healthcare products, in a bid to enhance the wellbeing of citizens. An unhealthy citizenry will not enjoy the economic benefits of the country, he said, noting that there is need for the ACC and the Ministry to partner to sanitize the health sector.  A healthcare delivery system has to be well organized, well coordinated and have a degree of accountability that will ensure that citizens benefit from a system that is in place to take care of their health”, the ACC Commissioner added.

This MoU, Mr Kaifala said, is therefore to create a framework for information sharing and to strengthen the work of the two institutions.

In his statement, the Minister of Health and Sanitation Dr Austin Demby, said there are incredible people working in the health sector to save lives. He said however that all hands must be on deck to ensure that the sector is able to rid itself of fraud, waste and abuse.

Healthcare workers need to know the consequences of their actions, that is why we must build systems and networks that would sanitize the sector, Dr Demby said.

The Minister said that the provision of quality healthcare services is one of the priority areas of the Government, adding that the Government has dedicated 12% of GDP to develop healthcare infrastructure and capacitate health workers so they can in turn do their work diligently and save lives.

According to the citation of the MoU, read by the Public Relations Officer of the ACC Margaret Murray, the two institutions have committed themselves to partner and share information critical to the work of each other. They would also conduct joint awareness raising programmes and provide support and assistance with the objective of strengthening the fight against corruption and providing improved healthcare services.

The Minister of Basic and Senior School Education Dr. David Moinina Sengeh has called on Sierra Leoneans not to consider the performance gap between public and private schools to rate the efficiency of the Free Quality School Education (FQSE), but rather consider it as a socio-economic problem.

He made this disclosure on Thursday 2nd September during the weekly Government Press Briefing at the Ministry of Information and Communications Conference Hall in Freetown.

“Somebody’s child who can go to private school, are most times given lesson fee or are provided with private teachers; having sound breakfast before going to school, their parents monitor their learning process including going to Parent Teachers’ Association (PTA) meetings, finish their syllabus in time; and you think some other children whose parents do not monitor their academic work or having the kind of learning environment as in the private school should perform better,” he asked.

According to him, there is no part in the world where socio-economic challenges do not affect learning outcomes, adding that this is why President Julius Maada Bio must be commended for steps taken to help narrow the gap between private and public schools in the country.

Dr. Sengeh however stated that data shows that public schools are equally doing well, noting that private schools are only sixteen percent of schools in the country, and performance in public examinations should not be only limited to individual performance but the passing rate as well.

He said as a Ministry, they are more concerned about the scale of passing rather than individual performance (pupils having aggregate six in BECE, scoring 400 or more in NPSE). 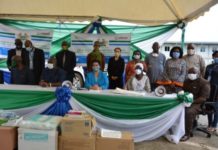 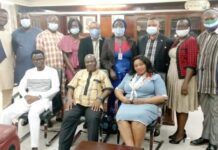