One of the benefits of the burdens of the Corona Virus is the emergence of hybrid virtual Parliaments all over the globe. Parliaments have to do what it should under the current circumstance to ensure that the management of the state is executed in the manner prescribed by law in the fight against this invisible enemy. In the upheavals of Covid-19, there is a clarion call on Legislative Assemblies to ensure accountable, transparent, and inclusive- related policies or legislation are implemented for the public good. In the shadows of the COVID-19 pandemic, Parliament is not optional in a democracy.

In this new arrangement, the Parliament of Sierra Leone is going to take ownership of reporting its proceedings. The traditional role of the media especially the physical presence of the press gallery as a potent tool for disseminating information and promoting parliamentary transparency is going to diminish in the face of the hybrid virtual Parliament. Besides, the new normal is going to broaden the space to report on parliamentary proceedings through the web-based virtual software.

The Parliament of Sierra Leone ventured in the new world of virtual software on the 28 of May 2020 when the Parliament conducted its first hybrid virtual State Opening of Parliament which marked the beginning of the Third Session in the Fifth Parliament. The 3cx virtual with a current connection of 800 users was inaugurated on the first hybrid virtual State Opening of Parliament. The user access was rolled out countrywide putting on board 3TV stations, over dozens of Radio Stations and more than 700 people globally were connected using a designated link. With dedicated fiber-optic connectivity powered by 1GBPS upload/download streaming plugs, the Parliament of Sierra Leone is even more ready or incentivize to disseminate credible and real-time reporting on its proceedings in committees as well as in the plenary.

For all it takes in this pandemic, the Parliament of Sierra Leone has joined the other members of the virtual club to reduce the bias in the reporting of its proceedings and to right-size the influence of the press gallery or the traditional media in reporting its proceedings to the public. Moving forward, each of the sittings of Parliament and the activities of its Committee is adequately reported on a dedicated space on the parliamentary website, and these proceedings are streamed online. In like fashion, the Ghana Parliament realizes that some Media Houses have their agenda. So, it has used live streaming of its sittings on Facebook to disseminate true and unbiased outcomes of its proceedings. By this transformative action, the electorate can see for themselves and relate to any media spin on its proceedings.

With the opportunities in the virtual Parliament, the Parliament of Sierra Leone may create a zoom platform or broadcast its proceedings on radio, television, stream online and do web-based promotions by creating the space for the public to participate in the legislative process.

Hybrid Virtual Parliament is going to create a default impact on public engagements, thereby enhancing parliamentary transparency with or without the traditional media. This will encourage MPs to reach out and interact with their constituents. It will also enhance the participation on the part of the broad masses of the people. To achieve information sharing and parliamentary transparency by the emerging new normal, the virtual world created by Parliaments worldwide will rebuild confidence between the principal (the people) and the agent (parliament) thereby minimizing the role of a Third Party.

The traditional media should now start to review or rethink the kind of system or infrastructure to feed into the new normal. The reality is that the media and Parliament will never be the same after COVID -19.

Once the Parliament of Sierra Leone is fully digitized, the role of the traditional media will shrink with time and the whole idea of accreditation with requirements or accreditation without requirements will be a thing of the past. Can the traditional media or the parliamentary press gallery go virtual? Hybrid Virtual Parliament is a SMART investment in the age of the new normal and it is going to be one of the enduring legacies of COVID-19 in our democratization process 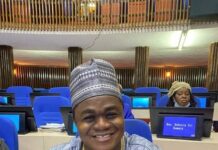 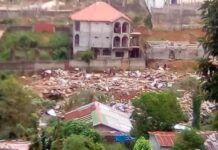 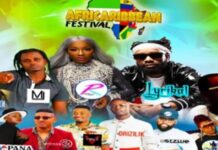