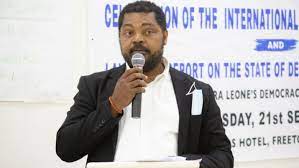 President of the Sierra Leone Association of Journalists (SLAJ), Ahmed Sahid Nasralla, has challenged educated women to go into active politics in order to influence the changes they want to see in Sierra Leone, especially in the area of gender equality, and efficient and effective delivery of essential services.

Speaking briefly at the launch of a manual to guide female aspirants in the upcoming public elections 2023 by SEND Sierra Leone and partners at Radisson Blu last week, Nasralla acknowledged the tremendous gains that have been made in empowering rural women economically and politically, especially in the Eastern Region of the small West African country but noted that the country’s politics and governance would continue with business as usual if educated women decide to remain in the civil society and professional spaces only.

“Now, more than ever before, our country needs quality representation. Women should not only focus on increasing their numbers but priority should be given to quality representation and that is where our educated women come in. Get into active politics and influence the changes that you desire for women and girls and for the public in general. You should not wait for the men to win elections and then appoint you to political offices. You should run for political offices yourselves,” said Nasralla.

The SLAJ President reminded women that there is no law in the country that bars them from aspiring for political office or the presidency of the republic.

“So what are our educated women waiting for? I commend the Zainab Banguras, the Dr. Sylvia Olayinka Blydens, and the Femi Claudius Coles for taking that bold step to stand up and be counted in our patriarchal body politic. It is not an easy road to take but these women should serve as inspiration to other educated women. I challenge the Maude Peacocks, the Valnora Edwins, the Marcella Samba Sesays, the Dr. Fatou Taqis, the Dr. Isatu Mahois…The time is now! You have advocated enough, let the young women take your places while you make the imperative transition to politics,” urged Nasralla.

Nasralla further reminded educated women that it is not a crime to join a political party, be it SLPP or APC or NGC, or RUF.

“These political parties are public property; they do not belong to individuals; they belong to the people of Sierra Leone. Politicians have come and gone; they will come and go but these parties will remain. These political parties are vehicles available to us to use to take us to where we want to go as a nation through periodic democratic elections. So we all have a right to board any of these vehicles to reach our various destinations,” said Nasralla.

Meanwhile, Nasralla noted that beyond the advocacy and the legislative reforms it is only when women, educated women, are actively involved in politics and are in positions of trust that they can make the necessary changes they seek to see. 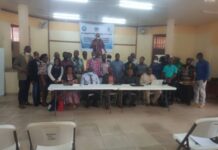 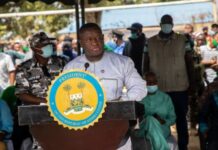