*_PARLIAMENT APPROVES NEW MINISTER OF ENVIRONMENT AND 13 OTHER PRESIDENTIAL APPOINTEES_*

The Parliament of Sierra Leone has on Tuesday 19th November 2019 debated and approved the 8th Report of the Committee on Appointments and the Public Service, Chaired by Hon. Dixon Rogers, the Acting Leader of Government Business.

Among the nominees, Dr. Foday Jaward is to serve as Sierra Leone’s maiden Minister of Environment with the ultimate objective of supporting President Bio to succeed in the implementation of policies and programmes contained in the “New Direction”. Dr. Jaward, who was the former Executive Chairman of the Environmental Protection Agency (EPA) is an acclaimed international environmentalist with over 20 years experience in environmental related disciplines. He will be taking over the first ever Ministry of Environment in Sierra Leone.

Seconding the motion, Hon Bashiru Sedike said the appointees should ensure that they give due diligence to the trust reposed on them by President Bio in appointing them. He said the appointees should bear in mind that working in the interest of Sierra Leoneans was very paramount. He admonished the nominees to deliver on the subject matters that was crucial to the nation’s development.

On the other hand, the Opposition MP, Hon. Abdul Kargbo called on the nominees to serve the state beyond political party lines and lead their respective positions with diligence and with a strong acumen in providing results. He admonished the proposed Education Minister, Dr. Moinina Sengeh, to take the education agenda very seriously ensuring that the President’s Free Quality Education agenda is a success.

Contributing, Hon. Alicious Bockarie praised President Bio for selecting qualified Sierra Leoneans to serve the State, whilst referring to Dr. Foday Jaward as “passionate about Environmental issues”. He said the only way to effect change in the New Direction is putting the right people in the right places and Dr. Jaward best suits the position. Hon. Bockarie said he believes the new Minister will work hard in ensuring that Sierra Leone continues to play a massive role in the fight against climate change and the effects of global warming, which is a critical aspect in today’s world affairs.

The Acting leader of the opposition, Hon. Hassan A. Sesay, In his contribution, called on President Bio to be more gender sensitive in subsequent appointments. He said the appointees should work hard in ensuring that Sierra Leoneans realise the full potential of their respective positions. He called on them to work in the best interest of the country and for posterity.

Concluding the debate, The Acting leader of Government Business, Hon. Dixon Rogers commended President Bio for nominating qualified Sierra Leoneans to serve the country, the MPs for doing justice to the debate, whilst appreciating the nominees and wished them well in their respective  appointments.

Other appointees present were— The Minister of Education, Dr. Moinina David Sengeh, the Minister of Agriculture, Mr. Dennis Vandi, Ambassador to the Islamic Republic of Saudi Arabia, Col. Simeon Sheriff, Deputy Ambassador to Turkey, Mr. Paul Minah among others. 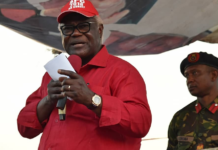 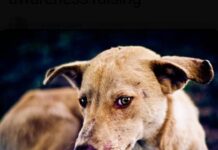 ACC Warns Heads of Health Centres In Karene Against Extortion