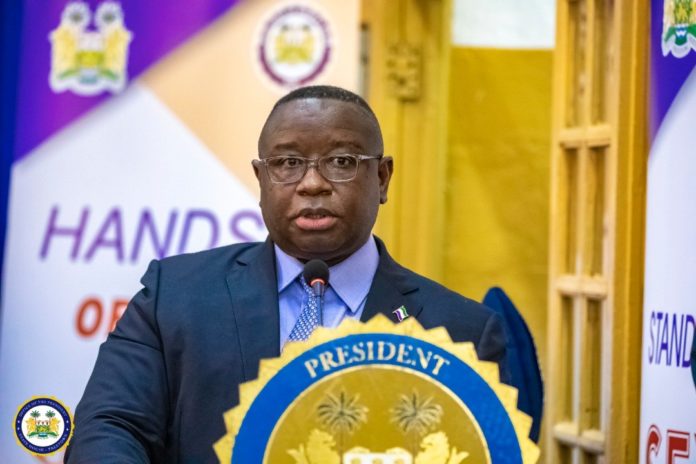 State House, Freetown, Friday 24 July 2020 – A high-level delegation on a fact-finding mission following last week’s violence in the northern city of Makeni, has met at State House to present their findings to His Excellency President Dr Julius Maada Bio.

Vice President Dr Mohamed Juldeh Jalloh recalled that after the violence, the President decided to establish the team to engage the relevant stakeholders in Makeni with three clear objectives – to express the President’s regret over the incident, which led to the loss of lives; to inform the people that the President would establish a special team to investigate the matter and to express his condolences to the bereaved families.

Head of the delegation, Ambassador Foday Yumkella, who doubles as the Minister of Political and Public Affairs, said that as per their mandate and scope they were able to do a wide-range of engagements with traditional and tribal leaders, political and civil society leaders and the security sector.

He described the engagements as fruitful and noted that the stakeholders were appreciative of the move by President Bio to send a representation. He also thanked his colleagues in the delegation for being instrumental to the success of the numerous engagements they had.

Member of Parliament for Constituency 30 in Bombali District, Alhaji Ibrahim Ben Kargbo, who was also a member of the delegation, said that the report was comprehensive and represented all that happened. He said they had a lot of cooperation from the various stakeholders, adding that there was a great need to bring Makeni back to normalcy.

In his response, President Bio thanked members of the delegation for their thorough job and reiterated that the government was genuinely concerned about the incident. He expressed his regret over the incident, saying that it was something that could have been avoided.

While assuring that the government would set up an independent team of investigators to provide in-depth insight into the issues surrounding the incident, he also thanked the team for getting in touch with the people, expressing condolences on behalf of the government and his personal behalf and also for giving him genuine feedback from the people. 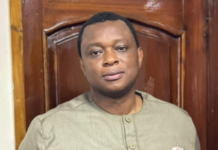 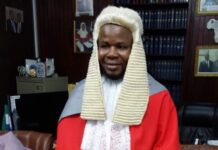