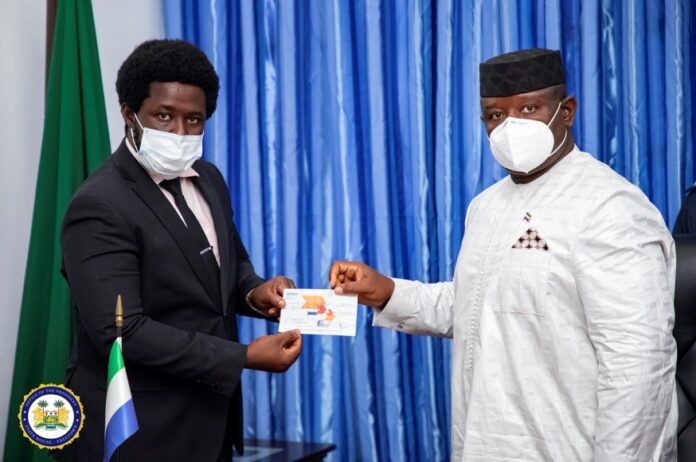 The Anti-Corruption Commission (ACC) has in a press release published names of both government and private institutions alleged to have either ‘‘misused or stole monies’’ said to have taken from state coffers. The release said the ACC has taken thorough steps and actions in relation to addressing ‘’critical issues raised in the Audit Reports of Sierra Leone 2019 and 2020.’’

Below is the press statement issued by the ACC.

ACC- These interventions focused on aspects of possible, or alleged corruption, and conducts inconsistent with the provision(s) in the Anti-Corruption Act of 2008 as amended in 2019.

After a thorough review, and analysis of the aforementioned Reports, the Commission initiated actions; with a view to investigating, prosecuting, or recovering public funds, public revenue, public property, as the case maybe, in accordance with Sections 7, and 48 of the Anti-Corruption Act of 2008 as amended in 2019, respectively.

Below are the second set of issues, and areas of ACC interventions, and the outcomes of same:

1.MAKENI GOVERNMENT HOSPITAL. The 2019 Audit Report highlighted Five queries against the Makeni Government Hospital. They include; Ninety Million Leones (Le90,000,000) paid for fuel that was not supplied; payment of One Hundred and Twelve Million, Six Hundred and Thirty Thousand, Four Hundred Leones (Le112,630,400) contract not fully executed; imprest of Thirty-nine Million, Four Hundred and Sixteen Million Leones (Le 39,416,000) not retired in 2019; payment of Three Hundred and Ninety-eight Million, Forty-seven Thousand, One Hundred and Fifteen Leones (Le398,047,115) without supporting documents; and withholding tax of Seven Million, Nine Hundred and Eighty-eight Thousand, Nine Hundred and Six-one Leones (Le7,988,961) deducted but not paid to the National Revenue Authority (NRA). After thorough investigation into the said issues, the Commission was able to establish that no act of corruption was committed, as all supporting documents in relation to the queries were presented to ACC Investigators.

3.ELECTRICITY DISTRIBUTION AND SUPPLY AUTHORITY (EDSA). The 2020 Audit Report stated that EDSA was given a loan valued at Seven Million United States Dollars (USD $7,000,000), which was a clear liability of EDSA related to a revolving Letter of Credit to enable a steady supply of fuel for the Karpowership. But relevant documents for this loan were neither submitted to the Auditors nor disclosed in the General-Purpose Financial Statement. Investigations by the ACC however show that, EDSA was not given a loan as mentioned in the Report. The Investigations show that the Letter of Credit remains a contingent liability yet to be utilized. The ACC also finds that EDSA has so far been fulfilling its financial obligation under the contract. Therefore, this issue will be Kept in View (KIV).

4.SIERRA LEONE ROADS AUTHORITY (SLRA). The 2020 Audit Report alleged that SLRA paid untaxed allowances to the tune of One Hundred and Sixty Million, Nine Hundred and Sixty-five Thousand Leones (Le160,965,000) to Board Members between 2016 and 2018. ACC investigations however showed that there was no direct/indirect fraud of embezzlement of public funds; rather it was negligence on the part of the authorities concerned. Therefore, ACC has recommended for the Management of SLRA to refund the full amount.

a)The amount of Eight Hundred and Seventy-two Thousand, Three Hundred and Forty-nine United States Dollars and Sixty-seven Cents (USD $$872,349.67) which was allegedly used to purchase Maritime items/equipment is owed to the Government of Sierra Leone (GoSL) by the Ship Registration Limited/SLMARAD.

b)The then Executive Director single handedly took the decision to utilize the 3rd party money owed to GoSL without the approval of the line Ministry, Board of Directors of SLMA and Ministry of Finance. The ACC has therefore asked him to refund the said *USD $872,349.67.*

c)With regards the Fifteen Thousand, Six Hundred and Eighty-five United States Dollars and Fifty-Nine Cents (USD $15,685.59) highlighted in the Audit Report as outstanding payment to be made by SLMARAD, the ACC has asked that the payment is effected and evidence of payment be requested.

d)The agreement between SLMARAD and GoSL and SLMA is revisited and to go through the Ministry of Justice, Cabinet and/or Parliament for ratification.

We continue to thank and appreciate Audit Service Sierra Leone (ASSL) for their diligence and cooperation in helping to combat corruption in Sierra Leone and Parliament for their support.

The latest of the many civil society groups that has been calling on the government to help salvage the situation is a group of vibrant consortium who called themselves as ; Citizens Forum for Democratic Accountability (C4D).

For them they say the group ‘’is an independent entity that is committed to work with government to improve democratic accountability, effective service delivery, respect for human rights and national cohesion through advocacy, monitoring and increase public awareness in the country.’’ It said in a press statement .

The President of the All Peoples Congress (APC) National Youth League Hon. Bai Mahmoud Bangura (BMB) has delivered a lecture on modern political dynamics and Democratic dictate  at the  Golden Palce Hotel in Grand Bassam Ivory Coast a couple of days ago. He spoke to political party leaders in the sub region who were mostly participants in the conference.

The Conference attracted at least two political Parries from every ECOWAS Country and it was organised by a group called ‘’ Political Parties Strengthing Academy in USA (PPSA).’’ The event was sponsored by The National Democratic Institute (NDI)

BMB, thrilled PPSA participants with history of political dynamics not just in Sierra Leone but Africa and the globe  that attract  delegates from the UNITED STATE and ECOWAS with Ideas and strategies on how political parties should survive amidst challenging moments to adopt to reforms and natural changing circumstances to keep its philosophy and ideals with contemporary developments.

According to him, He spoke on the challenges and Success stories of his own party bridging and bringing Opportunities of strong leadership and the political will to respond to positive circumstances that add value to the overall objective of the party’s Desire.

Speaking to Public Review, Mr. Bangura said he had a fine experience during the event which he described a great, noting that he will deliver similar lectures in Nigeria, Benin, UK in next few months to share a unique model political dynamics in Africa .

He called for an accountable and transparent Africa with effective service delivery and national cohesion. 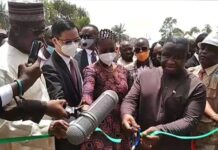 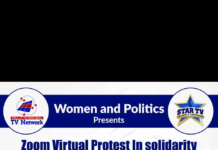 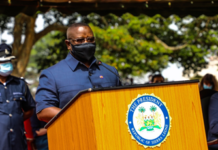 FIRST PAST THE POST IS FAR BETTER THAN PROPORTIONAL REPRESENTATION FOR...