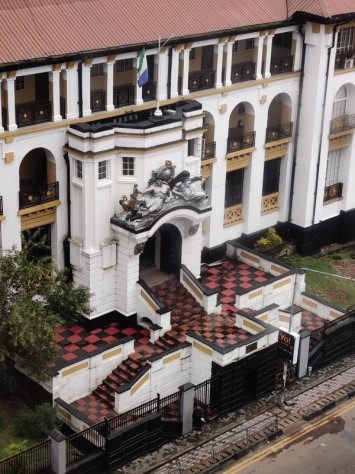 The ongoing riot matter against former Honorable member of Parliament Osman Karanka Conteh and twenty-nine others at the Lunsar village came up again yesterday before Magistrate Hannah Bonnie of the Pademba Court No.1

PC Koblo Queen the second  of Marampa Chiefdom in continuation of  his cross examination by defense Counsel Lansana Dumbuya told the court that the fourteen accused (Osman Karanka Conteh) was a former Honorable member of Parliament and there is a bad blood between both of them since 2013 when he lead the youth to destroyed properties worth millions of dollars at the London Mining and he was remind at the Port Loko district police station.

The chief also confirmed that he was the one who mentioned his name in the Lunsar incident.Other defense Counsel representing the other accused persons were absent in court and therefore could not complete their cross-examination.In the circumstance Magistrate Hannah Bonnie however noted that in the interest of justice she will adjourn the matter so that counsels from the Sierra Leone Legal Aid Board will be informed in order to cross-examined the witness on behalf of the accused persons that do not have lawyers to represent them in court.

It could be recalled that all the 30 accused persons were arraigned on fourteen counts charges ranging from conspiracy to commit murder, conspiracy to commit grievous bodily harm, arson, malicious damage, and Larceny.The indictment indicated that the accused on diverse date between 1st and 30th April 2020 at Queen street Makeni road Port Loko district conspired together with another person unknown to murder Alive Kabla.

It further stated that the accused on the same date at Lunsar cause grievous bodily harm to Alusine Bundu with intent to cause him grievous bodily harm.The police further alleged that the accused on the same day set fire at the Lunsar police station and maliciously set fire to the garage apartment at the resident of chief Koblo Queen and also set ablaze one Nissan pathfinder vehicle property of Shekuba whilst in custody at the Lunsar police station.

The accused were remanded in custody and the matter was adjourned to the 22 July 2020 for further hearing. 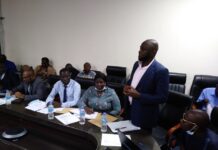 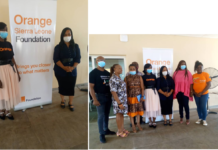