The Theme for the symposium is “Break, Calm and move on”.

William Yandi Conteh, CEO of SLEFES said that the organization started its vision way back in 1947 as an international student in the Oxford University UK.

Mr Conteh said that during that time they were moving to different countries around the Globe; noting that Fourah Bay College became a member in 1982 and it was called Sierra Leone Fellowship of Evangelical Students.

“Because we are moving in different countries around the Globe our organization was called Pan-African Fellowship of Evangelical Student,” He noted.

Mr Conteh said that SLEFES is operating in over 170 countries across the World and has 33 Campuses in Sierra Leone.

He added that the symposium is an annual national training program for students on leadership development programmes and Career Counseling. 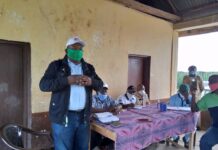 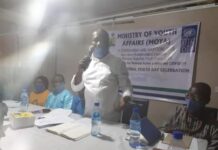