Unlike other Government agencies, that are always on social and traditional media to celebrate meetings and workshops, the Pharmacy Board of Sierra Leone (PBSL) is at the corner protecting and safeguarding public health.

Perhaps it suffices to say that because 80% of those that run the day-to-day affairs of PBSL are pharmacists, who also double as lecturers, so they believe in actions than words.But the truth is, PBSL is a strong pillar that participates in holding  the health sector of Sierra Leone together.

When Covid-19 hit Sierra Leone, as theNational Medicines Regulatory Agency, PBSL held a country wide meeting with all drug importers, owners of pharmacy  outlets, drug stores and patent shops, in which  it gave strict warning against inflation of drug  prices; actions that will cause drugs scarcity; treatment of patients with COVID 19 signs and symptoms and defiant actions towards the Infection. Moreover, prevention and control measures of the pandemic were also highlighted and discussed during the meeting.

Punishments including closure of premises and withdrawal of licenses and import permits were stated for any defaulter of the above.  You can agree with me that up till this moment, there has been no inflation of prices of medicines or scarcity of the same.

When PBSL understood that the general public was going in for hand sanitizers, it quickly collected 25 samples of same and tested them at its National Pharmaceutical Quality Control Laboratory to ascertain whether their label claims of 99% content of alcohol were in place . The analysis highlighted that only 7 out of the 25 samples contained above the 60%  limit set by PBSL- even though they didn’t pass their label claims.

In addition, 3 of the samples did not only fail their label claims,they also had no alcohol content .  It was then that PBSL issued an alert  that only hand sanitizers that contained alcohol content of 60% were safe for use in the prevention against COVID 19.

Wait a minute! Have you noticed that Narcotic drugs like Tramadol and Diazepam are uneasy to see these days? When PBSL noticed that youths were on the rampage in the abuse of them, it issued directives immediately to all licensed drug  sellers to only dispense such drugs on prescription basis and to control the quantity that should be imported into the country. It is not  rocket science to note  that Tramadol abuse has drastically reduced in Sierra Leone.

In addition, it’s important to know that PBSL through its Pharmacovigilance and Clinical Trials department has a system of tracking  Adverse Drug Reactions in  patients in hospitals and clinics in the country. Up to this moment, the department has been consistent in issuing Adverse Drug  Reaction forms to each and every hospital and clinic throughout the country to track records of any incident of the same. Over the years, the said department has been successful in withdrawing drugs that have had adverse effects on patients.

PBSL has systems in place to monitor all wholesalers, pharmacy outlets, Drugstores and patent  shops to ensure that quality drugs are always available to the general public and best practices are followed.

If you think that PBSL has not been doing anything towards drug peddling, please rethink again. This is because nearly every week, officers of PBSL are on the streets arresting and seizing drugs from peddlers. It’s even frustrating to know that on many occasions, some members of the public join forces with peddlers against PBSL inspectors  either by helping the peddlers to escape or by physically assaulting the inspectors.

I can go on and on in highlighting remarkable efforts and constant strides taken by the PBSL in ensuring that medicines on the Sierra Leonean market are safe for consumption by the public. 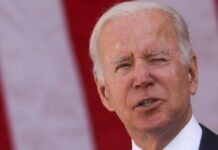 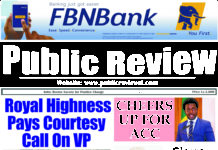 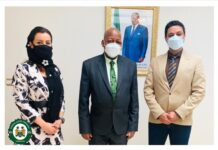 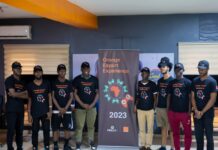