1. Payment of this year’s Leave Allowance which is due.

2. Payment of retirement benefits way back 2014 to date.

3. Payment of deceased colleagues’ end of service benefits way back 2014 to date.

4. Payment of increment to lecturers who were confirmed promoted since October 2019.

7. Conditions of Service negotiations put on hold for over six years.

8. Payment of Contractors for over five years.

9. Payment of Suppliers for over five years.

11. Reduction of Salaries of Staff in the name of Parity.

12. Fragmentation of Salary Payment forcefully implemented i. e. Government 75% and University admin 25% which are not paid at the same time.

Series of attempts to meet the H. E. Retired Brigadier Dr. Julius Maada Bio to come to our aid by giving us a bail out have been futile. Njala is in serious financial recession which is of  great concern to all staff members be it Senior, Senior Supporting or Junior.

With reference to the above burning issues and for a lasting solution to be sought out once and for all; it was resolved in an Executive Meeting held on the 4th August 2020 that the Strike Action Suspended on the 8th January 2019, be revoked after the 15th August 2020 if the Authorities fail to address the issues mentioned above.

In that vein, ASA will resume Full Industrial Action on the 16th August 2020 at 7:00 am if nothing is done to address these burning issues.

During the Strike Action, ASA will not engage in any University Function(s) as prescribed in their Conditions of Service until all their demands stated are fully met or addressed.

By this Press Release, the University Authorities are informed accordingly. 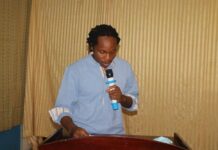 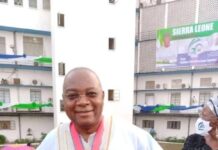