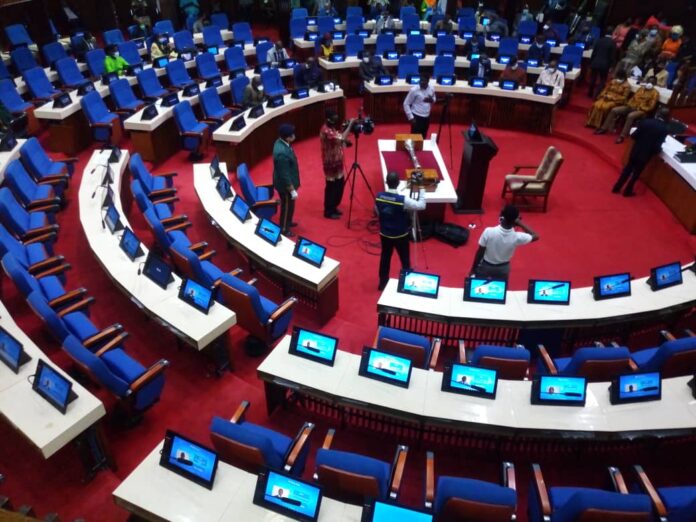 The Parliament of Sierra Leone on Monday this week concluded the Second Reading on the Bill entitled “The Public Elections Act, 2022” subject to further considerations.

In his submission to the debate, Hon. Dr. Mark-Mahmud Kalokoh referred to certain constitutional provisions that he said were contrary to the amendment and added that, if they were consulted, the Bill was not supposed to be before them. He expressed that the document has a lot of inconsistencies. “This document is not properly before us” he re-echoed. According to him, the provisions brought would not support the amendment for a District Block System. He also went on to say that, it would be unconstitutional to pass the Bill without a Constitutional Instrument.

The MP also denounced request of the 2021 Census result by the Electoral Commission of Sierra Leone and expressed that it is suicidal and unprecedented for the latter to use the document. The MP raised a series of concerns and expressed fear, if the Proportional Representation System is forced and went on to raise alarm on the welfare of citizens amidst the hike in fuel price. He also informed that, the Government is not empowering women as claimed and recalled incidences of violence against the latter.

Hon. Bernadette Wuyatta Songa decried the immediate speaker in his debate about the 2021 Census and advanced positivity. The MP informed that the politics of women cannot be told without giving appraisal to the current Government, and went on to reveal to the House how she ascended to power as a woman. She related the Bill to the international benchmark, in light of the 30% quota and explained the opportunities granted to women. The MP informed that the Bill is going to work in tandem with the Gender Empowerment Bill. The MP heaped praises on the Kailahun District for having 40% women representation in the current Parliament. She described the Bill as a perfect acceleration that would place women in high-profile positions of trust. She insisted that, they were not undermining the Gender Empowerment Bill as portrayed by others, but both documents would be a perfect combination.

According to him, the debates presented by the ruling side were not tenable or justifiable for the Proportional Representation System and went on to recall and referenced evidence. He emphasized that, the Constitutional Amendment in Section 38(A) of the Bill is not enough to bring the PR System. “Section 31 is very clear in the 2012 Elections Act and the Bill contravened it on registration” he categorically stated and went on to denounce the National Civil Registration Authority’s position on the same.

The MP also informed that, the women of Sierra Leone need space and decried the Government for maltreating women.

Hon. Sarty Banya said his constituents are in total support of the Bill and the PR System. The MP applauded his colleague Members who discredited the 2021 Census, adding that, his point had validated the PR System. On women empowerment, he told the House that, the Kailahun District already had allotted the required seats to women. He said his people are also happy about the 2028 election date. According to him, the concerns raised on the 2023 election date adding it falls in the Raining Season and needs to be reviewed.

On the PR System, he said it rests with the President and was only worried about the selection process.

Hon. Musa Shiaka Sama, an Independent Member of Parliament from Pujehun District said he had done wilder consultations to his people and other experts.  The MP informed the House that, there are a lot of goodies in the PR System, but said that he has a concern about independent participants. He questioned,  that “if the Parliamentary Election has to be conducted under the PR System for political parties, what about the independent candidates?” He expressed that some political parties’ MPs are against the PR system, but would not speak their feelings. He insisted that,  the Bill would not protect the minority. “As it is now, we are giving more powers to political parties”, he noted and added that they should slate time for sensitization on the Bill, to avoid confusion. He recalled how bad governance plugged the country into war referencing the Truth and Reconciliation Commission (TRC)  Report. He appealed for the protection of Independent and minority rights” and asked for time to implement the sensitization.

In rounding up the debate, the Leader of the Opposition, Hon. Chernor R.M. Bah said a lot has been said about the Public Elections Bill and reminded the House of what previously transpired in the Well on Section 108 of the Constitution of Sierra Leone. The Leader related his statement to clauses that he said were contradictory and subsequently drew the attention of the Speaker of Parliament to them.  He also informed that a lot was said about certain Sections of the Constitution of Sierra Leone that also contravened clauses in the Bill. He also informed  that the NCRA (NIN) number is not proper in the application for registration. The Leader made reference to many sections of the Constitution of Sierra Leone and comparatively analyzed it with some clauses in the Bill and raised a series of concerns that are in contradiction.

He said he would continue to support women, but the Constitution of Sierra Leone he said needs an Amendment to support the latter position and they don’t want to go against the law. The Leader informed that, many areas in the Bill need careful amendment and supported that, the Bill is similar to the 2012 Elections Act, but said the essence of the Bill before the House is to repeal it. He used the opportunity to inform the House that, they as opposition had never questioned the integrity of Electoral Commission. “Based on the fact that we have agreed to keep on the dictates of Section 108/9b, I rest my case” he concluded.

In concluding the debate, Leader of Government Business, Hon. Sahr Matthew Nyuma started that, his debate is predicated on the peace and responsibility of the House and their unanimity on the recent passage of Constitutional Amendments. According to him, the Bill is set to prevent elections from violence and be conducted peacefully.

Speaking on the Bill, he reiterated that, they are a listening Government and went on to reference provisions in the Bill that predicate on change and progress of the State.  The Leader used the opportunity to reference the European Union report on previous elections’ recommendations, which aligned with most of the proposals in the Bill. According to him, they would work in tandem with the EU recommendations during the Committee Stage of the Bill.

He denounced public bashings on Members of Parliament and advanced some positive outputs in light of their mandates.

He appealed to the people to accept good recommendations in light of the progress and development of the State regarding the election process.

He assured that, MPs will not fight on matters that would enhance the unity and peace of this nation and decried people and institutions that want to set them apart. He recalled that, institutions and people attended a conference organized by donor partners and put recommendations surrounding Electoral System which is predominant to the amendment, citing the PR System in same direction.

He assured the House that certain clauses that are contentious in the Bill would be removed during the Committee stage. He also clarified that, the NCRA (NIN) number would not be mandatory for registration. The Leader also clarified the issues surrounding women and advanced the necessity of the policy on Women’s empowerment in tandem with the President’s Speech on sectoral development.

He insisted that, they needed radical reforms for a progressive nation to promote women’s rights. “This is a righteous course” he stated and went on to say, the Bill would empower more women through affirmative action.

He further reassured the House to have a compromise on the fixed election dates and other related matters that were good.

He reiterated that, the Bill is relative to a reform that would improve on election process and peace of the State. He expressed thanks and appreciation to the President of Sierra Leone, the Speaker of Parliament, the Members of Parliament, and the Attorney General and Minister of Justice.

He informed that, the Bill would make Sierra Leone unique from its counterpart in the Sub-Region. He made a series of clarifications on concerns made by debaters. “There is nothing in this Bill that would scare anyone of us” he reiterated and went on to say, the Bill before the House is for Sierra Leone and went on highlighting importance to the State and the people. 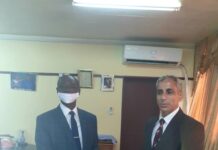 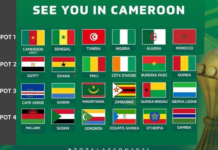