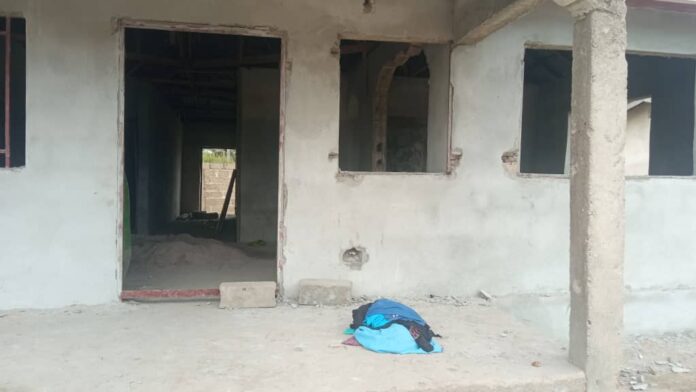 It was a sad or sorrowful period throughout last weekend for hundreds of local residents of Jama Town in the outskirts of Waterloo, Western Area Rural District (WARD) as loaded trucks of armed OSDs with some heartless civilians attacked, terrorized, broken doors and windows and other valuable properties worth millions of Leones.

Visiting the disputed vast area of land to ascertain the level of destructions or damages caused by the illegal claimants who were described as assassins, rifraffs, hoodlums, thieves and bunch of hopless criminals, we discovered that the said court order was fake and nobody knew where, when and who issued the trumpetted unlawful judgement which had rendered hundreds of legal occupants homeless and frustrated.

Speaking to the media in a frustrated mood on behalf of the Conteh family who are known to be the true or lawful owner of the conflicted land property, Mr. Hassan Conteh, who is now the eldest among the Content family intimated this press that they sold the said area of land to one Alhaji Abdulai, noting that they didn’t share boundary with either Mr. Fofanah or the Sesay family members that had ganged up against the Conteh family.

He discussed that Alhaji  Juldeh also had his own portion within the same pieces of land. “We don’t know the Sesay family members and Fofanah who were claiming ownership of the property and we never went to any court of law in connection to the much talked about land”, he told reporters adding that the Conteh family and Mr.  Fofanah were the first set of people to attack and bail lift legal occupants in the land they inherited  from their forefathers many years ago without notification, engagement with stakeholders, landowners or issuance of court order to any member of the Conteh family and occupants.

The other burning issue in this whole episode was that the destination were the looted properties (windows, doors and other useful domestic) were taken to unknown place and deliberated that at this stage, he went to the Crossing Police Post where he reported the matter and statement was obtained from him on behalf of the Conteh family.

In his brief statement, Chairman for Lands Committee in Koya Rural, Salu A. Thomas recalled that a week ago, he was at Marry Jong when he received a distressed call that some unknown people who were led by armed security OSD personnel with weaponized civilian thugs hadn’t only stormed the vicinity but they had also shattered homes, terrorized  innocent occupants and stolen away windows, doors and other households utensils under the disguise of a purported court order which was claimed to be issued by an unknown judge or Magistrate in Freetown Sierra Leone without serving a court or sermon for someone to stand trial before a verdict may be passed by a competent judge or magistrate.

Chairman Thomas explained that nobody had the right to survey anywhere in the crown colony (Freetown to Songo) without the knowledge or approval of authorities in the Ministry of Lands and concerned stakeholders.

“who are those people that have done such an ugly development without the knowledge of the responsible security apparatus, including the Commander for Freetown East Region, Sahr Madia, attached at Ross Road Police Station, the Local Unit Commander (LUC) for the Waterloo Division and Superintendent Saidu Kargbo attached  at the Ross Road Land Grabbing.

Chairman Thomas spoke on their determination as lands officials to ensure not only whose law official that passed the conflicting verdict without making sure that the other side of the issue was heard, but they would also ensure that the perpetrators were brought to book and the truth prevails.

According to Mr. Thomas, the claimants of the vast area of land had already defeated themselves by coming to the land which they had  claimed to be theirs  together with a surveyor to organize another survey exercise, instead of relying on their existing documents if the land had been under their control or administration since ancestral days.

Thomas emphasized on the need for justice to prevail in the matter and elaborated on the financial implications to the victims as a result of what he called an illegal demolition which sent shock wave among lawful occupants who had lived in the said vandalized or shattered houses for over fiteen years.

When I contacted heads of security personnel in their demarcated areas of command, Mr. Thomas said both the Eastern Regional Commander, Sahr Samadia and the Waterloo station LUC said they lacked knowledge or idea about how and what led to the said destructive, fake and inhuman behaviors perpetrated by some heartless and ill motivated people that are unfit to exist among civilized societies.

Mr. Thomas said when Superintendent Saidu Kargbo, one of the Ross Road OSD officers was questioned for the second time on the fake court order, he responded that the only action they took was the closing of doors with pad locks.

Representing the Ministry of Lands, the Head of State Lands Guards and Land Law Enforcement Unit Officer, Francis Foray said one of their duties was to reposess Government lands within the crown colony, adding that Bonthe District and Freetown are two crown colonies in Sierra Leone, deliberating that we also had only two types of lands, including the crown or government lands and private properties.

He said any private land supposed to have a title deeds or land documents to ascertain the reality of the ownership.

He said it was not only disappointing for people to use hooligans to terrorize, steal and destroy properties in the tune of Millions of Leones but it was also an act of criminology against the authorized occupants of Jama Town.

He dilated that as a comittee, they had been able to reclaim or repossess about 32 thousand acres of government lands.

He maintained that the issue of land grabbing in the crown colony had drastically minimised or reduced because land owners have been brought together to work as one people as a result of the good work of the Land Committee set up to help government reduce or mitigate land tussles in the country.

In his concluding statement, Mr. Foray described actions of the illegal court order execution as malicious damage  and trespass because the process to remove occupants in the land was not done in the rightful way and it was unlawful to enter somebody’s house and demolish without a lawful order.

Speaking to Mr Fofanah who is claiming to have the whole community and also refused to submit his full name to this medium stated that he had a court order from the high court of Sierra Leone for over six months.

He added that Ministry of Lands Housing and country planning has nothing to do with his operations as they had already received a high court order.

He concluded that he will not continue to speak to any person rather than to contact his Legal person for any clarification regarding the demolition they executed at the Jama town community.

Speaking to the head of police media, commissioner Brima Kamara explained to this medium that two weeks ago, they had a court order for police to assist some bailiff official order by the court to evict residents occupied at the said piece of land in respect of rightfully owner as the law provide.

He confirmed that indeed some police officers went to the said community few weeks ago and executed the first operation at the said place but they have no idea to the second operation allergies to be executed by unknown armed civilians who went ahead by vandalizing people’s properties as alleged.

He concluded that the police has a great responsibility and always mindful of executing such order which they always make sure they protect peoples life and properties. 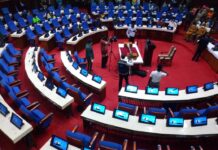 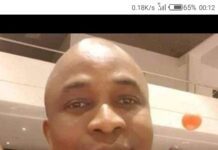 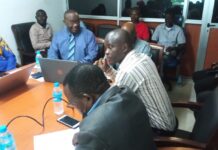 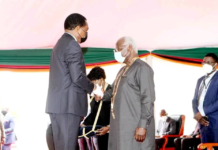