Bio/Parliament: Have The Courage to Overhaul Governance!

There is Grand Corruption and there is petty corruption.

Grand Corruption is by senior government officials and political heads of government Ministries, Departments, and Agencies  – where hundreds, sometimes, millions of dollars, of the people’s money put through government by the people to these officials to manage… would be STOLEN (tiff‼) by them.

The other corruption is “petty corruption” – stealing of Le20,000 to Le50,000 as bribes, or selling of medicines or grades by the policeman and policewoman; nurses; teachers, drivers, etc.

Those who engage in Grand Corruption have created a system wherein ordinary government workers are paid between Le700,000 and Le1,500,000 monthly. It is almost impossible for nearly all of them to live on such pay. A government worker at Youyi Building in Brookfields, for example, or a teacher at a government school in Lumley in Freetown… both living at Wellington in Freetown, would have to spend about Le400,000 just on transportation every month.  If he has two children attending school, they would have to spend about the same sum monthly. We have not counted the cost of food, medicine, rent, clothes… With the salary of the low-level government worker not even adequate to cover his expenses for food and transportation and medicines, he would be suicidal  – and he would implicitly murder his children  – if he does not take advantage of corruption in his government agency. And also, for those government workers in the provinces, they would not be paid for three months straight.  (I have reliablly learned that some contractual workers for COVID-19 in the NARCORVEC agency in the provinces have not been paid for three months straight).

What would the teacher or the nurse or court clerk do? Get corrupt.  Or, commit suicide slowly if he is honest.  A couple of months ago, during the  countrywide Meet-the-People tour by Anti-Corruption Commissioner, Ben Kaifala, he was confronted  again and again during public meetings by this conundrum of ordinary government workers almost being compelled to be corrupt – because they would not be paid for three straight months.  Ben Kaifala called it “CORRUPTION RISK”. The law establishing the ACC gives Ben Kaifala no power to address CORRUPTION RISK – but the law mandates the ACC to investigate, indict; have prosecuted and convicted a driver earning Le600,000. The law should not be  sentimental.

Subconsciously, because too many of our  nurses, teachers, court clerks… daily engage in petty corruption that would gain them about Le2,000,000 monthly just to survive, they lose the moral authority to be outraged or to  denounce those senior government officials or politicians immersed in Grand Corruption and stealing about Le3billion every year. Except we educate the ordinary people who are the victims of Grand Corruption to induce Parliament to overhaul the governance systems of Sierra Leone, we would just be deferring the implosion of our economy, and the explosion of another civil war.  For Grand Corruption and petty corruption is not only like tapeworm in the stomach, it is also a Ticking Time Bomb. If the educated elite in government think the few hundred thousand dollars they steal, and the one or two houses they built, would protect them and their children from being collateral damage when Sierra Leone explodes as the ‘Corruption-Ticking-Time-Bomb’ is detonated, they fool themselves; they have  learned nothing from the 12 year old  child combatants who recklessly murdered, and coldbloodedly amputated, men, women, and children during our civil war years between 1991 and 2002.  They have learned nothing from global history.  The people would always rise against an insensitive and selfish elite.

The overthrow of the Guinean democratic leader turned dictator, Prof. Alpha Conde is a lesson many African leaders as well as ordinary citizens should learn from.

After suffering for many years for power, Alpha Conde came to power in a disputed election.

He served both first and second terms yet out of selfishness and greed, he changed the Constitution through a window dressing referendum and went for a third term as if he was the only capable individual to run his RPG party.

There was another election in 2020 when the opposition claimed to have won but being so selfish, Conde was announced as the victor as a result, many opposition supporters were killed, and many are still languishing in prison.

Conde’s selfishness does not stop there , he deployed his tribesmen in almost all the ministerial positions and also in strategic parastals  in the country leaving other tribes to reel in pain as if they are not Guineans.

As his greed and selfishness reached to a point of no return, Conde’s  government increased the price of fuel or petrol which resulted in the increase of  the already high prices of goods and services in the country.

When Conde’s  greed and selfishness reached the highest level, he however, increased his own salary but reduced the salaries of the security forces and civil servants in the country.

He was so blind and dumb when taking all these moves out of greed and selfishness that he forgot that there are other Guineans who are supposed to live and survive in the country.

This insatiable selfishness and greediness have led to his downfall and detention by the very forces through which he achieved all these greediness and selfishness..

Hope and pray that democracy prevails as for Code, let him go with his selfishness and greediness. 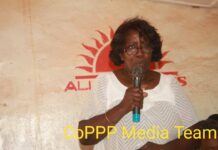 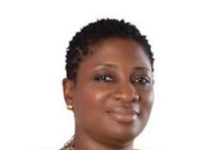