The Managing Director (MD) for Bet Salone, Mr. Jerry George has described several allegations of corruption and mismanagement reported both at Social Media and mainstream media fora against the Government owned institution as not only fake or forged, but also aimed at destroying the hard work and reputation of the entire management of the company.

The MD who took over office in 2018 was responding to media interview yesterday at his Tower Hill office in Freetown when he said the entire management should have subjected to investigation by the Anti-Corruption Commission (ACC) if it was true that corruption and mismanagement are order of the day as alleged.

Mr. George acknowledged the fact that the Sierra Leone State Lottery is a state owned institution, but they are generating their own money or finances to pay workers and run the administrative affairs of the institution without Government subvention or loan.

The betting company manager further described corruption allegations leveled against the management of State Lottery/Bet Salone as fabricated or made up story put together to disturb the revitalization process of the betting company.

He said the newly established entity, Bet Salone is in partnership with the Sierra Leone State Lottery to add value in to the government owned betting Company, arguing that how could the management embezzle millions of Leones from public corporation when it’s still struggling to pay it workers in the end of the month.

The MD recalled that there was no salary structure when he took over administration in 2018, describing the accusation against the Management of not paying subscription fees for its staff to the National Social Security and Insurance Trust (NASSIT) as not only fallacious, but also an absolute ploy to give the institution a bad name, an action he described as scandalous and unacceptable because the writers in the various newspapers went ahead to publish an uncross checked allegation.

The Managing Director concluded that the Sierra Leone State Lottery/Bet Salone is supervised by the National Commission for Privatization (NCP) and encouraged media practitioners that Bet Salone is opened to the public, especially media practitioners to always seek correct information from management for balance reporting before going to press to avoid controversies.

Permanent Representative of the Republic of Sierra Leone to the United Nations, His Excellency, Ambassador Alhaji Fanday Turay has stated that the International Financial Institutions (IFIs) and the United Nations (UN) need to improve both assistance to fragile situations and on global advocacy efforts such as the financing for peacebuilding and COVID-19 recovery.

Ambassador Turay made these remarks on Wednesday 8 September 2021 during the informal discussion among Executive Directors of the World Bank, the International Monetary Fund (IMF) and Permanent Representatives of the United Nations on “working towards greater multilateral coherence on conflict prevention and peace-building”, co-sponsored by the Missions of Denmark, Egypt, Sierra Leone and the Kingdom of the Netherlands to the UN and convened in collaboration with the Center on International Cooperation (CIC) at New York University and Center for Global Development (CGD).

He said deepening and expanding partnerships between the UN and international financial institutions (IFIs) is a priority, particularly in the context of the COVID-19 response and recovery in conflict prevention and in peacebuilding settings,  adding that  the UN Peacebuilding Commission (PBC) and the IMF needs to explore ways to strengthen their collaboration in peacebuilding; and to enhancing  consultations between  PBC and the World Bank, with a clear focus on the development of the Bank’s Fragility, Conflict and Violence Strategy.

“We acknowledge the support provided by the World Bank, the IMF, the G-20, and other major international organizations in response to the COVID-19 pandemic, especially the Debt Service Suspension Initiative (DSSI). We note however, that the suspension only runs up to 2021. Given the unpredictability of the crisis, we call for an extension of this moratorium and ultimate consideration of debt cancellation for the Least Developed Countries (LDCs).

LDCs need additional resources to cope and recover from this pandemic and the fiscal space and liquidity through budget support, extended credit facilities and debt cancellation as well as scaling up the percentage of ODA given to the low-income countries”, he said.

Ambassador Turay further stated that strong national institutions capable to execute sound fiscal, monetary and financial sector policies can play a significant role in preventing fragility from turning into failure and that the UN can collaborate with the IMF on core areas of work, and its comparative advantage, in particular in relation to promoting macroeconomic stability, providing financial assistance, strengthening institutional capacity, and catalyzing donor assistance, including the UN entities to work towards more systematic engagement with the IMF and other IFI’s in the context of complex risks arising from the COVID-19 pandemic. “I want to preface my response to the question on the avenues for building cooperation between the IMF, the UN and the WB in the peacebuilding arena by noting firstly the context of the COVID-19, which has added to the “number of dramatic fragilities”, posing direct challenges to peace-building and COVID-19 recovery. Multilateralism, a means to take collective action to address fragilities, during and beyond COVID-19 has clearly demonstrated that we need to be truly united as a global community, in constant thought, reflection, planning and delivery. Least Developed Countries in particular need strategic and sustained transformative assistance to guarantee sustainable peace and development, especially during these unprecedented and challenging times”, he noted. 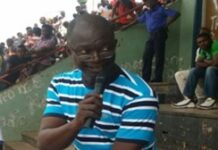 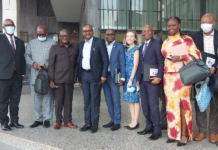 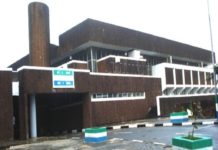 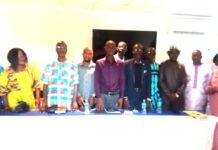