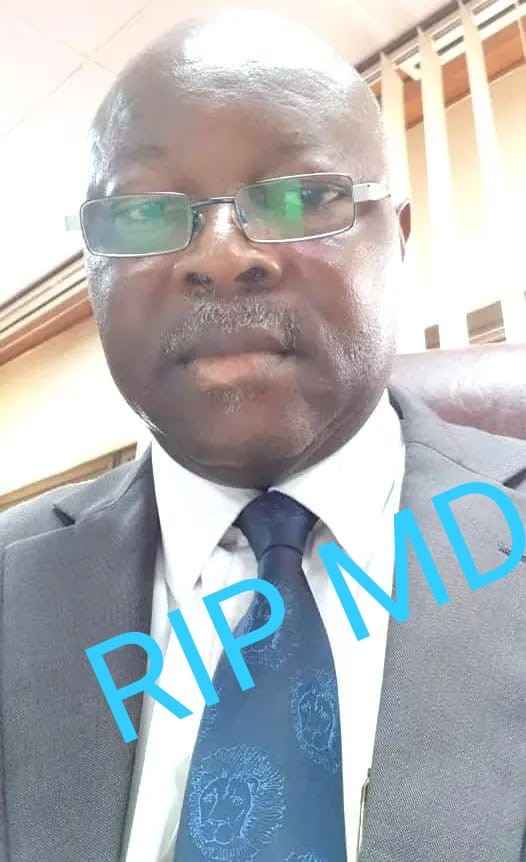 I came to know the late Managing Director of the Sierra Leone Commercial Bank, Abdulai Fidelis Turay, through his predecessor, IdrissAloomaKamara who told him of all the good works I had been doing for the Bank as a Public Relations consultant/agent for Print Media.

After I was introduced to him, he requested that we have a private meeting. In the meeting he told me that he likes working with honest people. He asked that anything I have to tell him, let me come out and say it. He implored me to work in the best interest of the bank so that it would grow. Fidelis believed in the media. He always ensured that the Bank had a good working relationship with the media.

Fidelis was a man who believed in work. He said little but worked hard to achieve results. As a team player, he was a leader who liked consulting in order to get the opinion of others before making a decision.

In terms of his personality, he was a cool, calm and composed man who did not like to see people bullied. He hobnobbed with staff in the bank down to the drivers and cleaners. Whilst he headed the bank, he never sacked anybody and granted promotion to over 90 percent of the staff as a way to motivate them towards higher performance.

Fidelis was generous. He could easily sense what people needed. He was a secretive philanthropist who donated to countless worthy individuals and institutions.

Fidelis believed in collective effort. Before the Bank launched any program, he will call me, and tell me to talk to his abled lieutenant BockarieKalokoh, Project Manager Dr. Orlean Cole and Festus Sowah to discuss about the product which the bank intends to be launched to know its utility and what dividends it would yield the Bank.

His last official function was few months before his passing at the King George’s Home for the Aged where the Bank does annual donation to help the inmates.

Making a statement, he disclosed that out of the profit the Bank makes, they deem it fit to share some of it with the poor and needy. It is notable that he insisted that all directors be present at the occasion and so the ceremony was pushed from 11am to 2 pm. Fidelis was a problem solver. He believed that every problem has a solution. He did not like people who saw the impossible or who think that it cannot be done.

His death came to me as a big surprise. I received the shocking news on Sunday 15TH August, 2021 after talking to him the previous Tuesday to appeal to him for the Bank to honour all newspaper advertisement bills which he graciously did.

Fidelis is dearly missed by not only me but all those that had the opportunity to work with him.MAY HIS SOUL REST IN PEACE

The validation of the Revised National Climate Change Policy (NCCP) with support from UNDP attracted stakeholders from different MDAs including supervising agencies under the Ministry, Members of Parliament, Paramount Chiefs, and Civil Society Organizations. This was organized at the Hill Valley Hotel in Freetown.

Delivering his keynote address, the Dep. Minister, Stephen Syril J. Jusu pinpointed that Sierra Leone like many other developing countries has had significant experience in dealing with environmental challenges. He noted that expansion of human activities in the mining  agriculture, transport and the industry sectors reminded citizens of the consequences in the form of flooding, erratic rainfall, erosion, global warming, land degradation and other natural disasters depicting that climate change is real.

Consequently, he noted that climate change has increased the vulnerability of our people mostly women and children as the most vulnerable hence the need for the revised NCCP. In addition, he intimated that the participation of all relevant stakeholders during the validation of the revised NCCP is to reflect the present day situation that would stand the test of time.

He took into consideration the Paris Agreement which Sierra Leone is signatory to, noting that it mandates the country to limit global warming below 2 degrees Celsius and to develop the Nationally Determined Contribution NDC. He continued that Sierra Leone has submitted its NDC to the United Nations Framework Convention on Climate Change UNFCCC ahead of the Glasgow COP26 that would be hosted in November this year in UK.

He said that in line with the Paris Agreement, the said policy extensively addresses climate change mitigation, adaptation, loss and damage, capacity building, human development capacity, research, technology development for climate change financing and gender equity. Sequel to this, he emphasized that without good NCCP, Sierra Leone would find it difficult to achieve its obligation under the Paris Agreement.

Conclusively, he commended UNDP for supporting the process as well as stakeholders from different institutions for their collaborations in pushing the process forward. He declared the validation of the NCCP open at the end of his address.

The opening ceremony was chaired by the Senior Permanent Secretary in the Ministry while  statements were delivered by key stakeholders in fulfillment of their commitments in validating the NCCP. Mr. Gabriel Kpaka, Deputy Director General at the SL Meteorological Agency and UNFCCC National Focal Point chaired the Technical Sessions.

The programme was climaxed with praised and worship, SLCB song in memory of the late MD, tributes and candlelight procession, all in honour of the death of Abdual F. Turay.

He was appointed in September, 2018 by President Bio as Managing Director of the bank where he demonstrated the true definition of a unique leadership style.

His sojourned at SLCB made the bank as the most profitable and leader in the banking industry in the country with dividend started accorded to government.

Tribute upon tribute, Abdulai Fidelis Turay was acclaimed as a man with integrity, accommodating, peaceful, intelligent, compassionate and humble.

He hailed from a noble family in Pujehun District and all his life was spent in the banking industry from Meridien Bank, Union Trust Bank (UTB) and SLCB spanning to over thirty years. 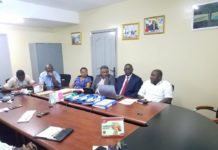 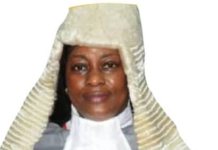 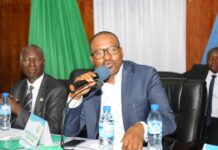