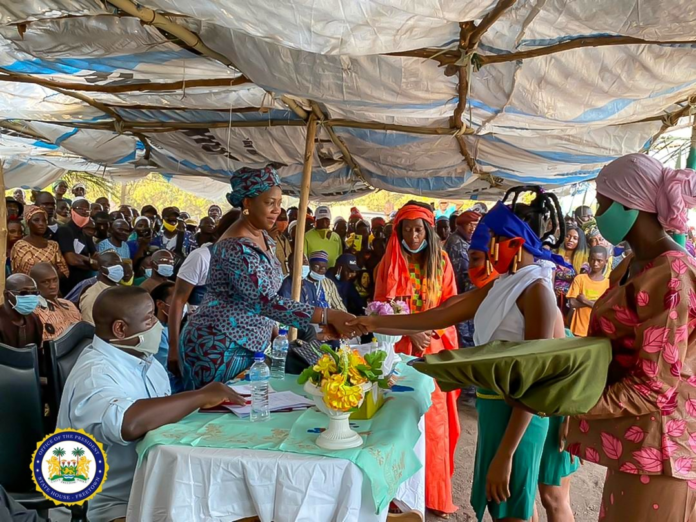 Â His Excellency President Dr Julius Maada Bio has toured the two Tambakha Chiefdoms in the Karene district and discussed his governmentâ€™s plans to construct the first Senior Secondary School in that part of northern Sierra Leone.

Explaining the historical relationship between the Sierra Leone Peopleâ€™s Party (SLPP) and the people of the two Tambakha Chiefdoms, Constituency Youth Leader, AlhajiKamara, said they had been a major player in the formation and development of the party.

He added that that was why after the late President Ahmad TejanKabbah, President Bio was the second sitting president to visit their chiefdoms, regardless of what he called a hard-to-reach area.

â€œYour Excellency Sir, the youth and everyone in our two chiefdoms are happy that you visited. We will continue to support your agenda to transform the entire nation,â€ he stated.

Alhaji Kamara also advocated for the construction of a community centre, a health facility, a senior secondary school, the construction of major roads and a bridge that would link the two chiefdoms with Kamakwie, which he said would ease the long-suffering of the people.

In his response, the President told people of the two Tambakha Chiefdoms that after nearly three years in office as President of the country, he saw the need to tour the district and discuss development plans with the people.

He further stated that the people were at the centre of his development agenda, saying that he would continue to strengthen the human capital of the country for lasting development.

â€œFor a country to develop the people should be better educated. Education is the fastest way to transform a nation,â€ President Bio affirmed. He said his government was paying school fees for about 2.5 million children in pre-primary, primary, junior and senior secondary schools across the nation.

He, therefore, encouraged the children as the direct beneficiaries of the Free Quality Education to take their studies seriously, noting that they would be the ones to take care of their parents in future.

The President said in a short while his government would replace the broken Kabba Ferry with a modern bridge that would link the two chiefdoms with other chiefdoms in the Karene District, adding that the people would also benefit from the Munafa Macro Credit facility that would help promote small businesses.

Tamba Kamara, Siao Kargbo, Tamba Turay and Daddy Ballinga  has been arraigned before  Justice Hannah Bonnie of the Freetown High Court for the allege murder of one Ibrahim Kamara.

Â It was also alleged that the deceased was beaten by the accused persons at a poro society bush and later thrown him at the Bumbuna waterfall as he was caught taken photos of theporo bush during initiations.

Led in evidence by state prosecutor Ernestine Spain, the witness Sergeant 6566 Mathew GavaoKarim attached to the homicide unit Â Criminal Investigations Department(CID) recognized the accused and recall on the 11 March 2020.

He said on that day he was on duty when a transfer case and enquiry file of murder together with the accused persons were brought to the station from the Magburaka police station for further investigation.

He furthered that on the next day a team of detectives led by inspector D.A Munu left Freetown for Bumbuna town and upon their arrival they were led to theÂ  Bumbuna waterfall and there after they were led to a place called Bo road where the remains of the deceased was found.

The witness further that on 4 April 2020, he interview all the accused persons separately by observing the judges rules and on the 16 April 2020 he charge the accused with the offences of conspiracy and murder.

After reading the interview and charge statements of all the accused persons in court, the witness was cross examined by defense counsel K.P Koroma.

However also, the accused persons were arraigned before Justice Hannah Bonnie on two counts of conspiracy to commit a felony and murder contrary to law.

According to the indictment, the state alleged that the accused persons on 7 February 2020 at Bubuna Waterfall via Magbruka conspired together with other persons unknown to murder Ibrahim Kamara.

The accused were remanded in custody and the matter was adjourned to the 12 April 2021.

ANALYSIS ON THE MONEY DISBURSED TO THE MINISTRY OF SPORTS ACCOUNT FOR THE INTERNATIONAL FOOTBALL MATCHES AND DEVELOPMENT OF SPORTS FOR THE YEAR 2018 TO 2021.

According to the Ministry of Finance press release of 26th March 2021. They disbursed a sum total of eight billion, eight hundred and thirty five million three hundred AND twenty five thousand seven hundred and sixty nine leones(Le8,835,325,768) for the away match between Sierra Leone vs Lesotho.

The Ministry of Finance and Sports did not show value for money and best practices of previous matches supported by government.

ACC most act now or never

The Executive Committee of the SLFA said they onlyÂ  requested for (One billion, nine hundred and twenty three million seven hundred and fifty thousand leones. (1,923,750,000)For the Lesotho away match.

THE DISCONNECT BETWEEN WHAT WAS PURPORTEDLY APPROVED AND DISBURSED AND WHAT WAS RECEIVED IS CLEAR CASE OF GRAND CORRUPTION BETWEEN THE MINISTRY OF SPORTS AND FINANCE.

The difference between MOS and SLFA on the amount below.

This money could not be accounted for by the Ministry of Sports and National Sports Authority.

Â The money was reduced by (Le603,112) six hundred and three thousand one hundred twelve Leones.

As we speak the sum of (one billion, three and seventy one million three hundred and fifty six thousand eight hundred eighty eight leones(1,371,356,888)

This aforementioned amount of money is in limbo.

It would interest the general public and football loving fans that the previous government of APC International matches records estimated on the Sierra Leone vs Senegal match in Freetown, on the 18th July 2017.

The Sierra Leone vs Sudan match in 2016. 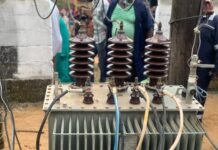 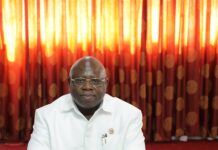