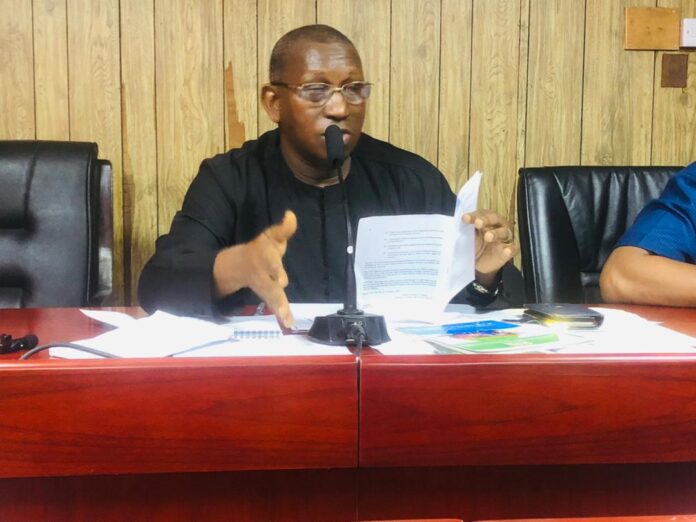 As labour is an important component in the development of any nation, the Minister of Labour and Social Security, Hon Alpha Osman Timbo has table three bill to be enacted as part of the six labour laws to be reviewed in the country.

This pre-legislative hearing creates an avenue for officials of the ministry to inform, educate and make clarifications on pertinent issues bothering on the Bills, to help Members of the Parliamentary Committee on Labour to make informed decisions during the plenary session.

The Employment Bill, the Overseas Employment and Migrant Workers Bill, and the Work Permit Bill; are the three Bills currently before the House of Parliament for legislative hearings.

The other three; the Industrial Relations and Trade Union Bill, the Occupational Safety and Health Bill, and the Worker’s Compensation Bill; are still under legal drafting by the office of the Attorney-General and Minister of Justice.

This is the first time in decades that the labour laws of Sierra Leone are being successfully reviewed and and some of them date to as far back as the 1940s.

The Bills were presented by the Honorable Minister of Labour and Social Security, Alpha Osman Timbo, and his deputy the Honourable Lansana Mohamed Dumbuya.

“I started the labour review discussions during my time as labour minister under late President Kabbah’s administration. I left and came back, some 30 years later, and I am completing it now”, Mr. Timbo said.

He added that the need and timeliness of the review activity cannot be overemphasized.