The regulatory Authority of the telecommunications sector NATCOM has assembled telecommunications players and consumers to discuss the way forward in the industry. By fostering dialogue among stakeholders, which it aim geared towards bring up proposals that could inform NATCOM to providing solutions to the challenges facing the sector.

Â The much anticipated sixth Consumer Parliament took place at the Bo Njala Campus on Friday 26th March 2021. The event was for Telecommunication companies, the National Telecommunication Company (NATCOM) and consumers to deliberate on issues and come up with ideas that would improve service delivery and enhance the mobile telecommunication companiesâ€™ relationship with NATCOM and by extension the Ministry of Information and Communication. The Parliament was well attended and as expected was quite open with a ready platform for consumers to express their concerns.

In his keynote statement to declare the formal opening of the event Minister of Information and Communications, Mohamed Rahman Swarray spoke about the strides taken by the present government to improve the telecommunications sector in the country. He lauded the efforts by the NATCOM administration in improving digital telecoms service in the country so as to catch up with the rest of the world.

The Minister mentioned the five regulations by NATCOM that would boost the institutions overall regulatory mechanisms. Minister SwarrayÂ Â  used the opportunity to ease the concerns by some quarters about the motive of the cybercrime bill that his Ministry is presently sensitizing the public about. He said the Cybercrime bill when passed into law would help stop the misuse of the internet for child pornography, fraud and cyber bullying as well as many other anti-social activities.

NATCOM Chairman Joe Blell in his address to the Parliament spoke about the institutions commitment to the global telecommunications family. He said the Consumer Parliament is a platform for exchanging of ideas by all the key actors in the sector. He acknowledged the presence of consumers who live in rural communities and saw the need to take them along in digital telecoms technology.

The Director-General of NATCOM Daniel Kaitibie in his address to the consumer parliament expressed delight for the gathering which he said would now be held twice a year, and thanked the Ministry of Information and Communications and Minister Swarray for being so supportive of NATCOM in its operations as a regulator for mobile telecoms companies operating inÂ  the country .

Hon. Boston Munda of the Committee on Information and Communication at the House of Parliament in Freetown told the gathering about the importance of proper education of consumers by the companies and NATCOM, on any changes taking place in the industry. He recognized the supportive role played by the Ministry of Information and Communication in NATCOM’s operations and hoped the consumer deliberations would yield the desired results.

The various companies Orange, Africell, QCell, SIERRATEL, ZOODLABS and ISP were all given the platform to address the Consumer Parliament. They individually spoke about the services they provide and the plans they have put in place to improve customer satisfaction. They also highlighted the various projects they have initiated in different parts of the country which are all part of their corporate social responsibility.

The Consumer Parliament itself had Dennis Streeter as Speaker and it saw consumers as well as key stakeholders of Civil Society Organisations all debate on the challenges that the public face in accessing services provided by the companies. They called for greater enforcement of policies and regulations by NATCOM that would help improve service delivery by the telecom operators in the country. The event itself was well attended and consumers were generally pleased about the opportunity given to them so they could explain to the service providers their concerns and suggestions in a bid to improve the services offered by the telecom companies. 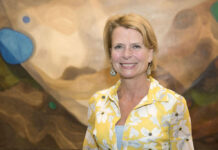 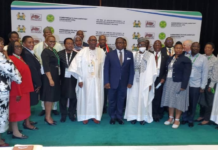 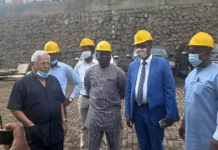 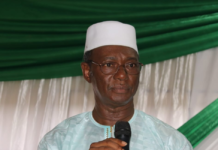