Chinese Ambassador to Sierra Leone, H.E. Hu Zhangliang has spoken on the 50th Friendship Anniversary enjoyed by the two countries. H=In his speech, he recounts the progress, aspirations and hopes which the two countries have shared in five decades.

It could be recalled that China has over the years been very instrumental in the development of Sierra Leone. China has helped the country in diverse ways including infrastructural development, improving the health sector, boosting agriculture, providing scholarships for hundreds of Sierra Leonean students, among many other assistances given by the Chinese government to Sierra Leone.

Below is the Chinese Ambassador’s speech on the auspicious day which is today, Thursday 29th July.

May China-Sierra Leone Friendship Be Everlasting

July 29, 2021 marks the 50th anniversary of diplomatic relations between the People’s Republic of China and the Republic of Sierra Leone. Since the establishment of diplomatic relations 50 years ago, China-Sierra Leone friendship has been sailing smoothly, with both countries always treating each other as good brothers, good friends and good partners in the spirit of mutual respect, mutual support and win-win cooperation. With the joint efforts of both governments and peoples, China-Sierra Leone friendly cooperation has been constantly enhanced, yielding satisfactory results and becoming a model of China-Africa cooperation and South-South cooperation. China-Sierra Leone friendship is just like the iconic cotton tree in the center of Freetown, time-honored yet flourishing and thriving.

The past 50 years have witnessed the deepening of our mutual political trust. Fifty years ago, the visionary leaders of our two countries made the historical decision to establish diplomatic relations. In 2016, this relationship was elevated to the Comprehensive Strategic Cooperative Partnership. In 2018, H.E. President Xi Jinping invited H.E. President Julius Maada Bio to pay a state visit to China and attend the Beijing Summit of the Forum on China-Africa Cooperation (FOCAC). During this visit, the two heads of state reached important consensus on developing our bilateral relations and initiated a new phase of our cooperation. In May this year, the two heads of state held a telephone conversation, which further pointed the way forward for the development of our friendly relations.

Over the years, no matter how dramatic the international architecture evolves, China and Sierra Leone have always respected each other in pursuing its own development path. The two sides have always supported and understood each other on issues of core interests and major concerns, and have always maintained close communication and coordination on international issues. Our two sides never interfered in each other’s internal affairs and never imposed one’s will on the other. China has provided assistance to Sierra Leone to the best of its ability with nor political strings attached. While lending valuable support for restoring the legitimate seat of the People’s Republic of China in the United Nations in 1971, Sierra Leone has always firmly adhered to the One-China principle.

The past 50 years have witnessed the growth of our win-win cooperation. After decades of joint efforts, the economic and trade cooperation has been constantly expanded with new contents and higher quality, bringing tangible benefits to both peoples. During the FOCAC Beijing Summit in September 2018, China and Sierra Leone signed a MOU on promoting BRI (Belt and Road Initiative) Cooperation. Our bilateral trade volume reached about 530 million USDs in 2020 and China has been the largest trading partner for Sierra Leone for ten consecutive years. The accumulated direct investment from China to Sierra Leone reached 3 billion USDs in 2020. So far, dozens of Chinese enterprises have invested in Sierra Leone, injecting vitality to infrastructure building, transport, telecommunication, tourism, manufacture, fisheries and mining. Landmarks like Youyi Building, National Stadium and other projects concerning people’s livelihood such as hospitals and schools aided by the Chinese side, are vivid examples of China-Sierra Leone friendly cooperation.

The past 50 years have witnessed the enhancement of people-to-people exchanges. From 1973 to now, the Chinese government sent in 22 Chinese medical teams and several other health experts groups with a total of more than 500 Chinese medical staff to provide medical help and assistance. From 2014 to 2016, China was the first country to provide assistance to Sierra Leone in its fight against the unprecedented epidemic of Ebola, which is well known in the international community. In 2020, after the breakout of COVID-19 pandemic, H.E. President Julius Maada Bio wrote a letter of sympathy to H.E. President Xi Jinping. The  Parliament of the Republic of Sierra Leone awarded a certificate of solidarity to the National People’s Congress of China and passed a resolution in support of China’s struggle against the pandemic. While going all out to fight COVID-19 itself, China, out of brotherhood and internationalism, was the first country to provide various emergency medical supplies and vaccines to Sierra Leone. The Chinese medical teams have been working day and night together with their Sierra Leonean colleagues to help contain the virus.

Since 1976, China has provided government scholarships to more than 1,000 Sierra Leonean students for them to study in China. Over the past two decades, 5100 people from all sectors of Sierra Leone have been invited to attend various short-term training or exchanges. The Confucius Institute of the University of Sierra Leone, established in 2012, has become an important window and platform of cultural exchanges between the two countries.

China-Sierra Leone relationship is an epitome of China-Africa relationship. The principle of sincerity, real results, amity and good faith as well as the principle of pursuing the greater good and shared interests have been the guidelines of China-Sierra Leone friendly cooperation. Our two sides never seek unilateral benefits. Instead, we emphasize mutual benefits and win-win results. As H.E. President Xi Jinping said to H.E. President Julius Maada Bio in August 2018, “China and Sierra Leone have always been good friends who stand together through thick and thin, and share weal and woe. China will never forget her old friends. ” On his part, President Julius Maada Bio has repeatedly stated on different occasions that Sierra Leone and China are genuine friends who can rely on each other.

Currently, China has commenced a new journey of development towards realizing the Chinese Dream of great national rejuvenation and has started implementing the 14th Five-Year Plan (2021-2025). Sierra Leone is implementing the New Direction Agenda and the Mid-term National Development Plan for the building of a more beautiful and prosperous country. While celebrating the 50th anniversary of our diplomatic relations, China is ready to work more closely with Sierra Leone, follow the important consensus reached by the two heads of state, grasp the historic opportunity, strengthen solidarity and cooperation, and jointly build a stronger China-Africa community with a shared future. We are sure to make new glorious achievements in our cooperation and bring more benefits to our two countries and peoples.

The release adds that all of these appointments are part of the Group’s international mobility policy, and have taken place at the end of the previous CEO’s respective terms and are effective from September 2021.

Orange is present in 18 countries in Africa and the Middle East and has more than 130 million customers at of 31 March 2020. With 5.8 billion euros of revenues in 2020, Orange MEA is the first growth area in the Orange group. Orange Money, its flagship mobile-based money transfer and financial services offer is available in 17 countries and has more than 50 million customers. Orange, multi-services operator, key partner of the digital transformation provides its expertise to support the development of new digital services in Africa and the Middle East.

Orange is one of the world’s leading telecommunications carriers with a turnover of €42.3 billion in 2020 and 142,000 employees as at March 31, 2021, of whom 82,000 are in France. The Group has a total customer base of 262 million customers worldwide at March 31, 2021, including 217 million mobile customers and 22 million fixed broadband customers. The Group is present in 26 countries. Orange is also a leading provider of global IT and telecommunication services to multinational companies, under the brand Orange Business Services. In December 2019, the Group presented its new ‘Engage 2025’ strategic plan, which, guided by social and environmental accountability, aims to reinvent its operator model. While accelerating in growth areas and placing data and AI at the heart of its innovation model, the Group will be an attractive and responsible employer, adapted to emerging professions. 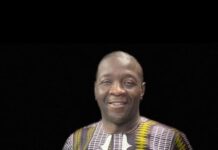 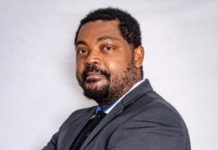