Let me at the outset disagree with Titus Boye-Johnson’s despondence that the APC will not sing the victory song, for obvious reasons. With over 60% of Sierra Leoneans saying that the country is headed in the wrong direction and many struggling for their livelihoods, according to 2020 Afro barometer; the country’s perennial drop in other important indicators such as peace, freedom of speech, GDP projections etc, it only means that the prospects for the APC to regain State House in 2023 are great. Agreed, there are challenges and a lot need to be done to better organize the party ahead of the elections.

But certainly, false alarms against our nation’s statesman, former president Koroma, as contained in Titus’ pessimistic article of today titled, ‘The APC Will Not Sing the Victory Song’, presents him in a very poor light and do not constitute some of the ways to go about such political come- back.

What the APC requires now include dispassionate and honest efforts by all well- meaning party faithful to galvanize towards a strong and united front.  But on the contrary, Titus often comes across as someone who is being consumed by hate to the point that he could hang on anything in the irrational hope of achieving the goal of vested interests. His incessantly vitriolic attacks on a man who stills enjoys tremendous support among the rank and file of the APC only serve to deepen the animosity which he alludes to. Titus’s unjustified failure to look at the whole picture regarding the APC situation is like someone in a running car with a brake failure, throwing out his hands trying to hold on to grass to stop the running vehicle.

What Titus refuses to acknowledge is the glaring fact that no one is more eager to move on than former president Ernest Koroma who has clearly set his eyes on serving the region and Africa. Titus, of all people, ought to have accepted by now, in view of President Koroma’ s increasing international engagements, that he (President Koroma) is MOST DEFINITELY NOT INTERESTED IN BEING AT THE HELM OF LOCAL POLITICS. It is really pointless for Titus to be so worked up and to descend to this shameful depth of heartlessly accusing the much-respected APC leader or even suggesting that such a peaceful statesman as former president Ernest Koroma could ever contemplate of sponsoring a violent takeover of a government, he peacefully hander over to. Such thinking is not only perverse but it also represents desperation arising from the futility which has characterized detractors like Titus’ relentless calumny against the statesman.

The inflammatory misinformation mindlessly spewed out in the above -mentioned piece does not benefit from sound reasoning. In fact, it smirks of buffoonery bothering on a lack of character and immaturity.

This is more so in view of the doomsday prophesy of ‘darker days for the APC’ and the gibberish of someone ‘buying himself a set of jail card’. What is even more puerile is the insinuation of a ‘deal to suppress the APC until the second term of President Bio!’ But it is actually not difficult to discern the source of such desperate misinformation. Titus gave himself cheaply away when he mustered the courage to state the wish of his paymaster: ‘… but the fact is that unless the Chairman and Leader leaves the APC without waiting for a plebiscite…’ It is like someone asked a question and when you find the answer to their question, they change the question. Was Titus not among the loudest of advocates for the APC to go to convention in October, 2020 come what may? Did he not accuse the current executive of attempting to extend their mandate and threatening Armageddon if they did so? Now that they have publically stated that they are determined to hold the much-demanded convention, should Titus and his cohorts not be celebrating victory?

And all that inanity about the NRM and a stay of action against the APC, about the Chairman and Leader resiging to triggar elections by an interim body, Titus only eloquently underscored the unassailable fact that he is executing the job of a paid hatchet man.  But don’t worry Titus, the APC will not be intimidated by doomsday prophesies and what’s more, we SHALL sing the ‘Victory Song’ again, soon! 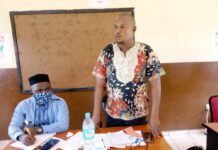 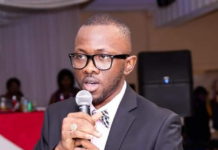 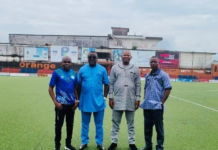 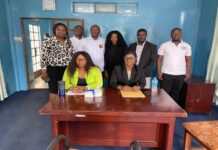