A new political party, the People’s Redemption Council (PRC) has joined the Sierra Leone political race with the main aim at providing relief for the hopeless, disgruntled, vulnerable and neglected people in society.

Speaking to this medium  at his Wellington resident in the Eastern part of Freetown on Wednesday 22nd June, 2022, the Chairman, Founder and Flagbearer of PRC, Mr. Amadu Thambadu Bundu commonly called AT Bundu said he decided to join the country’s political movement in the midst of the two giants political parties in the country which had misruled the nation for decades, because he said both the main opposition, All Peoples Congress (APC) and the ruling Sierra Leone Peoples Party (SLPP) are presently in disarray and nothing is happening.

Mr. Bundu highlighted that both parties are always in confusion and there are problems every day and everywhere across the country.

According to Mr. Bundu, majority Sierra Leoneans believed that those at the helm of affairs cannot provide solution or answer to the country’s economic predicament and other unending crisis. “In fact that is why as an investor and business magnet in various spheres of life joined the landscape to relieve the oppressed and disgruntled class of people in society”, he stated and emphasized that people are busy criticizing but are not sourcing permanent solution to the prevailing acute hunger and abject poverty which is reversing the nation’s human resource develooment agenda.

Mr. Bundu said he normally feel disturbed when young people in town and cities are still in the culture of begging “Bra you borbor dae”.

The 2023 presidential aspirant further deliberated that APC and SLPP had ruled Sierra Leone since most of them were in their mothers’ wombs but it seems as if nothing is happening at all. He noted that there would have been no public outcry if the two main political parties in the country would have done well in transforming lives of citizens and the country to a paradise.

The PRC Leader and Chairman intimated that some people are of the view that the APC had tried to uplift the country in terms of development, but for us as investors knew and believed that they had played their own best to make the country a better place for human existence.

Mr. Bundu reiterated that the SLPP come again under the supervision of President Julius Maada Bio but nothing serious had yet to happen in terms of development as people are busy crying across the length and breadth of the country as a result of the complete absence of developmental projects initiatives.

“I didn’t feel good whenever I heard people reigning invectives against the sitting President, but the president is like a father, when he fails to perform his tasks the children will likely rise or retaliate against their fathers and that is the current and actual situation in our beloved country”, he told journalists and he called on President Bio to take it easy because according to him, the people of this country needed him no more for his failure to create a legacy which would have attracted the majority among Sierra Leoneans to vote him in office for the second time in the next year’s presidential election.

He frankly stated that the current happenings or incidents are not good for us as a desired nation to create development for it citizens.

On the issue of increasing taxation on investors, Mr. Bundu said if he becomes the president, his Government would not depend on taxation to encourage more investors to stay and continue doing business, but I would depend upon my business ideas or initiatives to enhance development.

He described the issue of increasing taxes on foreign and local investors as a bad precedent and it has the possibility to drive or scared away potential investors from investing in the country to create jobs for the working population.

The president to be concluded by describing a leader as someone with business initiative if so desired to achieve total national development. 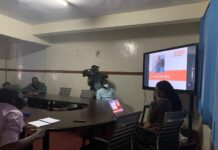 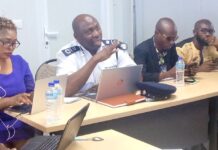 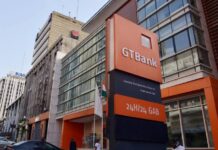