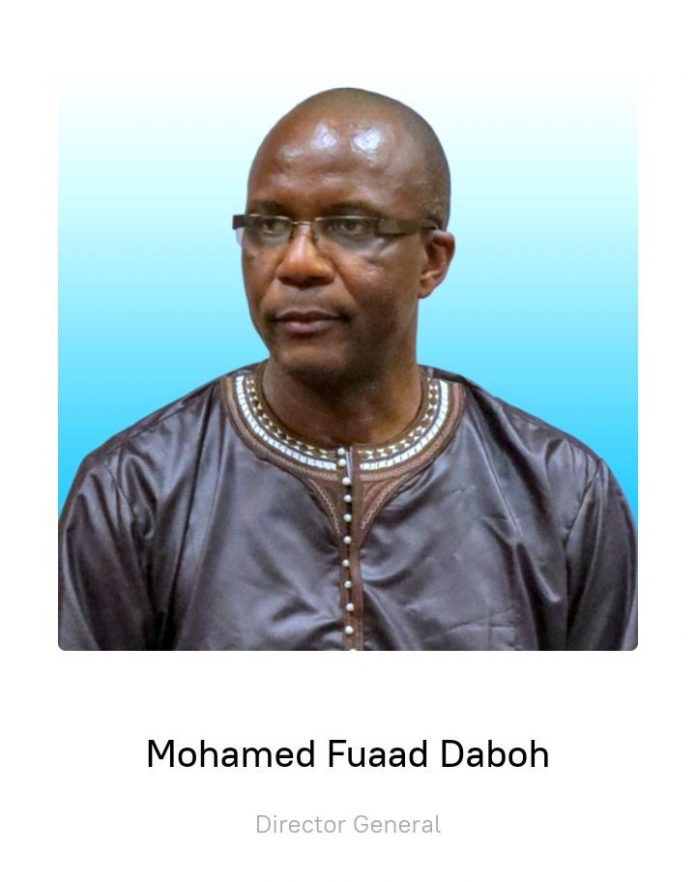 The Director-General of NASSIT, Mohamed Fuad Daboh is on the spotlight for his tireless strides in crisscrossing the length and breadth of the country, covering remote areas in a bid to sensitizing Republic of Sierra Leone Armed Forces (RSLAF) Personnel of the mandate and operation of the Trust.

After the maiden meeting held on Wednesday 3rd June 2020 with RSLAF top military officers which included the Minister of Defence, Brigadier (Retired) Kelly Conteh and the Chief of Defence Staff Lt. General Brima Sesay at NASSIT headquarters in Freetown; and the launched on the 21st July 2020 at the Defence Ministry, the Director General has joined his staff on a nationwide tour driving through difficult terrain to engage with military personnel across the country. The visits which are meant to increase awareness on the Trust and deepen the knowledge base of army personnel and members of the public on the operations of the scheme has seen him and team reaching across Zimmi Makpele, Bomaru, Sandaru, Kissi Teng, Bonthe Island, Gmogboimu, Sulima, Gondama, Buedu, Garu, Daru, etc assuring RSLAF Personnel that the Trust has put in place adequate measures to ameliorate the various challenges they faced in the administration of their funds.

Just as in every other engagement held so far, the presentation constitutes deliberations on registration, contributions, compliance, benefits and investments undertaken by the Trust to meet the needs of the general populace. Personnel were well informed about Updating a Member’s Information and Application for Replacement of Social Security ID card. Several questions ranging from documents required to claim retirement benefits, dependants claiming survivor’s benefit, number of required contributions to qualify for minimum retirement pension, reporting the death of a member or pensioner, contingencies covered by the scheme, independence of the scheme from government interference, etc were elaborated.

Though most of the challenges faced by personnel in areas such as wrong dates of birth, an irregular update of statements, inconsistent names, misinformed data emanated from within the military record system, the NASSIT team were excellent in encouraging personnel to be fully responsible in ensuring that their records are accurate and updated with the Scheme.

Ever since the creation of the National Social Security and Insurance Trust as a Statutory Public Trust charged with the responsibility of administering the country’s National Pension Scheme by the NASSIT Act. No 5 of 20th July 2001, it is the first time the institutional head has in-person joined his staff in intensive public education campaigns ranging from mobile sensitization, face-to-face public education and radio discussion programmes.

The astute administrator and people-focused Director-General have brought an astonishing turnaround in the operations of the Trust by his friendly and determined efforts to redefine the battered image of the institution. Recently, Mr Daboh demonstrated this by visiting several of his hospitalized staff in various hospitals in the country; making government pensioners them happier than ever by ensuring they earn no less than fifty per cent of the National Minimum Wage promised by the President Brigadier (Retired) Julius Maada Bio; making a modest donation of One Billion Leones to the National Coordinator of the Emergency Response Committee; and his hosting of a one day interactive Press seminar for print & electronic media practitioners
across the country where he made a commitment to turn over the fortune of the scheme; making active the NASSIT Medical Board which deals with the validation of claimants for payment of the invalidity benefits among others.

Ably assisted in executing these tasks is the management team consisting of Mr Mohamed Gondoe Deputy Director-General, his General Managers and various divisional heads and staff. 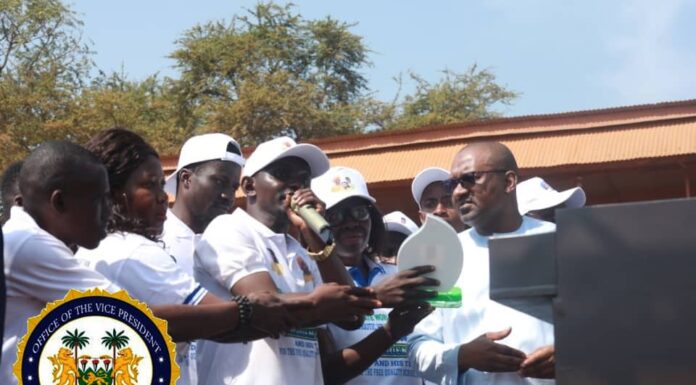