Justice Augustine K. Musa presiding over the ongoing murder trial of the late journalist Ibrahim Samura involving  Former Mayor Herbert George Williams and  Abu Bakarr Daramy has on Wednesday in open court made an order directing the head of CID to return the mobile phone that was taken from Herbert Williams during the investigation.

This order came as a result of an application made  Lawyer Lansana Dumbuya defence counsel for Herbert George Williams in respect of the mobile phone.

Lawyer Dumbuya applied to the court, for all the materials especially the Techno Mobile phone that was taken from his client at CID to be given to him on the grounds that the phone is not an exhibit.

He further made an application for the deposition served on the accused persons to be given to the defence team. Noting that it is the duty of the Prosecution to make them available to them.

The state prosecutor Umu Sumaray in reply argued that it is the responsibility of the court and not the prosecutor but however assured them that he will make the deposition available to the defence team.

Justice Musa having listened to both sides order the head of CID directing him to make available and or return a phone that was taken from second accused during the investigation.

However, also the court could not proceed with the matter due to the incomplete panel of jurors that were supposed to be in court.

The registrar Mr Sannah informed the court that there were only 6 jurors present.

Justice Musa having listened to the registrar said he do not want to waste any time with the matter, adding that the offences for which the accused persons were charged are capital offence and it beholds the court to expedite the matter.

He, therefore, employ the registrar to communicate with the under sheriff to ensure that the issue of jurors is settled on the next adjourned date.

The matter was adjourned to 26 August 2020 due to the incomplete panel of jurors.

According to the indictment, the state alleged that the accused on 31 March 2018 in Freetown conspired together and with other persons unknown to murder Ibrahim Samura managing editor of the New Age newspaper. 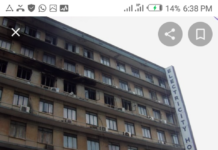