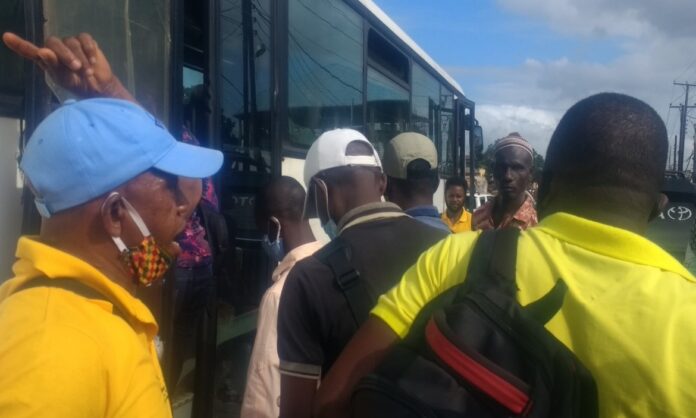 Passengers in the Eastern-End of Freetownare expressing protracted inhuman treatment, like illicit transport-fare, abuse, fight against many commercial drivers and conductors plying the road.

This medium met with Thomas Osamn, Alusine Dumbuya, both passengers resided in Waterloo, Jui Western Rural District, lamented that for them, transportation system is very dangerous and difficult to describe, hence, vehicles designed for various destinations were not complying to such, instead they will call Half-way, with an imposing transport fare on them.

Yet, they said, sometimes, when transportation gets tense, they pay four-ways with an increased amount to reach at their working places.

In several occasions, when passengers were onboarding vehicles, their values will be stolen, besetting, abuse and even fighting them when passengers failing to pay an illegitimate fare upon reaching their destination.

This medium asked passenger whether police were sometimes helping them to resolving this ugly situation, “they alleged that police were aware about the suffering of passengers, but they said they seldom come to their aid.”

Both jointly calling on government to actually put strict measures that ensure drivers and conductors behave responsively and refraining from calling half-way.

Inspector M. Kamara, Crime Traffic Officer, attached at the Eastern Police Division, admitted that police are in tight gears to enhance that drivers adhere to the official transport fare, half-way, take passengers to their correct designations an operation that police has just mounted to restore order against lawless and atrocious drivers who were the habit of calling half-way, or calling above the official government price.

Amadu Alpha Bah, President of the Motor Drivers Union, commented that they have been doing their best they can in amending passengers’ welfare between drivers, through sensitization.

He urged everyone who usually onboard public transportation to express their franchise against any commercial driver, conductor who seem to violate, abuse their right, and passenger should not pay any drivers or conductors who fail to reach them to their legitimate destination as it was designed in every vehicle.

“Sierra Leone is a law country, besides, there are people who are implementing such decree, like police, traffic warden,” the motor driver union is charged with the mandate to sensitize and advised the public to support the process because there passengers who increased fare for themselves which is detrimental for others, it said.

Drivers should be law-abiding and they should not ply the street with lawlessness.

The ‘Tribal Card’: Not ‘wise’ option for Any Governing Party in Sierra Leone (Part One) 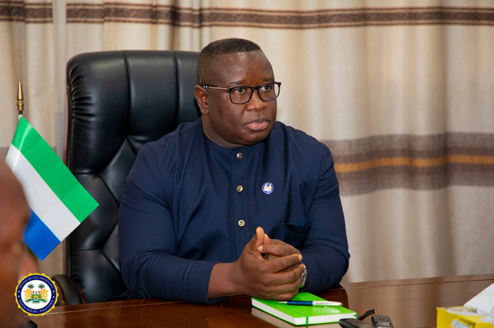 “No Girl Aged 10 should be Left Out for Vaccination” –  Deputy Director of...