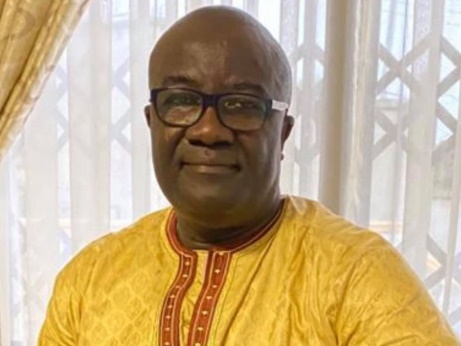 The press release said Pursuant to their Constitutional and Statutory mandates, the Political Parties Registration Commission (PPRC) and the Electoral Commission Sierra Leone (ECSL), in consultation with the Office of National Security (ONS) wish to inform the Leadership of the All Peoples Congress (APC) and the Sierra Leone Peoples Party (SLPP) that effective Monday 13 June 2022, all Political Party Rallies for the bye-election in Constituency 056 in Tonkolili District are banned until further notice.

According to the press release, the decision is informed by the violence that occurred during the APC rally on Tuesday 7 June, 2022 in Sambaia Bendugu which culminated in personal attacks and the destruction of private properties in the said locality.

Both Commissions deem this unfortunate event with distaste and in contravention of instructive provisions of the 1991 Constitution of Sierra Leone, the Political Parties Act of 2002, the Public Elections Act of 2012, and the Code of Conduct for Political Parties, Candidates and Supporters.

“In the interim, the campaign calendar issued by ECSL remains valid on the condition that Parties can only now campaign on their respective dates in a designated location within the constituency 1.e. Town Halls, Barrays, or Open Fields, and must inform the Sierra Leone Police (SLP) of the location at least 24 hours before the event” the press release said.

The release advised that both the PPRC and ECSL, therefore, call on the Leadership of the Sierra Leone Police to expedite the investigation of the event of 7 June, 2022, and bring to book those responsible for the violence. In the issuance of this Press Release, the Security Sector is duly informed.

Miss Orange Makit Uman contestant, Juliana Kenneh has said her fans like her not just because of her beauty, but for so much more. Kenneh who is representing Calaba Town was speaking in an exclusive interview with influential blogger, Precious Amabel Smith.

“Five of us were up selection but the people of Calaba Town chose me. They didn’t choose me just because of my beauty, because all of us are beautiful but they saw other qualities in me,” she said.

28-year-old Kanneh is commonly known as Julie Gold in her market. She is a fish monger. Julie is light-skinned, medium height and very cheerful as she speaks on her goals for the competition.

Julie Gold explained that she had a very tough upbringing, having to leave school at an early age because of financial challenges.

“Trading has changed my life, my journey has been a tough one, but thank God,” she said.

She said no matter what happens, she was grateful for the platform Orange has given her.

Julie is very passionate about sanitation in her market, she said that is something she will want to change.

“Our market structure is poor, we don’t have any water to wash cassava leaves, some women have to fetch water from far distance just to wash their products. We need taps, I want us to have two or three taps all over the market. We also need to have a bin for to deal with the flies,” she said.

Winner of the pageant will win Le50million and her market will also get additional Le50million in the form of a project that will be sponsored by Orange Sierra Leone.

At 28, Julie said she might not be back in school even if she wins; she is also a mother of two: “I want to continue my trading, trading has changed my life. I don’t know if I will return back to school because am 28, but I don’t think I am too old to return to school,” a very confident Julie said.

Julie Gold is up against 11 other contestants for the show, she is contestant Number 3, fans can vote for her by dialing *25# on any Orange number.

UN calls for reflection on conditions of detention

United Nations Resident Coordinator Babatunde Ahonsi has encouraged senior-level staff of the Sierra Leone Correctional Service (SLCS) to reflect on the conditions of detention and the complaint mechanisms available for the detainees in corrections centres across the country.

Mr Ahonsi made the call at the Radisson Blu Hotel in Freetown on Wednesday yesterday at the opening of a three-day training for senior-level staff of the SLCS on Conditions of Detention and Human Rights.

The RC said that during his various engagements with the highest authorities of the country, including the office of the Vice-President, the need for the UN to support the capacity building of the staff of the SLCS often emerged. Therefore, he described the training as timely and hoped that it would contribute to staff development and the reform of the correctional service that the government is undertaking.

According to Mr Ahonsi, “the programme of the training is adequate as is the calibre of the facilitators involved, from the SLCS, the UN, the Human Rights Commission of SL, the Legal Aid Board and civil society organizations”. He noted that participants would also discuss issues including the rights of persons deprived of liberty, roles, and responsibilities of correction officers and, security and management of correctional centres.

The RC underscored the UN’s belief that all people, regardless of their backgrounds, have rights and responsibilities to fulfil their potential in life and lead decent, dignified, and rewarding lives in a healthy environment.

“None should be left behind in this journey to achieve the 2030 Agenda for Sustainable Development,” said Mr Ahonsi, adding that the training will contribute to the achievement of various sustainable development goals (SDGs), specifically SDG 16 – promote peaceful and inclusive societies for sustainable development, provide access to justice for all, and build effective, accountable, and inclusive institutions at all levels.

In his welcome remarks, Acting SLSC Director-General, Mr Ahmed Turay, said he was deeply honoured that 30 senior officers of the SLCS were partaking in the training. He said this would strengthen the knowledge and skills of officers to perform their duties with the human rights of inmates in mind.

The Acting DG said the SLCS Act of 2014 lays a premium on the recognition of the rights of inmates irrespective of the crimes they have committed. Noting that human rights are directly reflected in the SLSC’s mission statement, he assured partners that the Correctional Service is willing, ready, and able to utilize the training opportunity as it will enhance his officers’ ability to effectively and efficiently manage correctional facilities.

Delivering the keynote address on behalf of the Vice President of Sierra Leone, Dr Mohamed Juldeh Jalloh, Minister of Internal Affairs Mr David Maurice Panda-Noah said that it was fitting that such training is organized for Corrections officers to remind them once more that they are under obligation to uphold human rights principles, especially in the dispensation of their duties.

Minister Panda-Noah underscored the importance of Human Rights for Correction Officers when one takes into consideration the value it will add to the SLCS and the country. “It will provide them with the psychological tools, the requisite knowledge and skills, and the right attitude to perform their duties in accordance with national and international laws on the treatment of persons deprived of their liberty,” he emphasised.

United Nations Country Team in Sierra Leone Senior Human Rights Advisor, Christian Mukosa, said the training aims to enhance the knowledge and skills of senior staff of the SLCS on the rights of the detainees with a focus on prisoners with specific needs, including women, juveniles, persons with disabilities and foreigners. He added that participants would discuss and produce an action plan to implement the various human rights principles and recommendations from the training during these three days.

Over the next three days, senior-level Corrections Officers will be exposed to human rights principles of good prison management, prohibition of torture and other cruel, inhumane, or degrading treatment or punishment, women in detention, and prevention of gender-based violence in correctional settings, and pre-trial prisoners and legal assistance to persons in detention, among others. 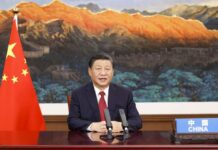 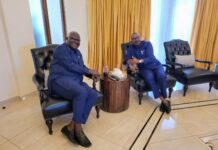 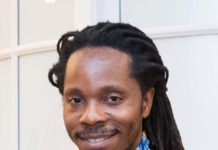