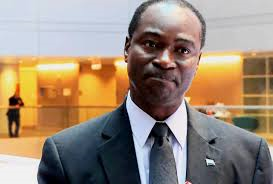 The main opposition, All Peoples’ Congress (APC), 2018 flag-bearer, Dr. Samura Wilson Kamara has reacted to last weekend’s incident that occurred in the northern town of Makeni between residents; and Security forces that led to deaths ; and injury of several people, following  a  protest by mainly youths who had insisted that the township’s standby generator should not be taken to Lungi.

According to a press statement from Dr. Samura, there was a ‘’failure’’ on the part of the authorities to properly engage the community, particularly the youths on the proposed removal of the generator. “Removal and relocation of public utility from one locality to another have always been proved very controversial and fraught with problems,” the release noted.

The statement further said that it was the same situation in Kono and Kissy Teng some 2years ago; however, the authorities stepped in and resolved the disagreement peacefully.

“Why was the same approach not employed in Makeni?” he questioned emphasizing that the use of live rounds by security forces that led to the killing of a number of young Sierra Leoneans in the city of Makeni was ‘’unreasonable, unjustified, and highly regrettable.’’

The statement continued that “the shoot to kill” policy which the security forces have adopted lately to deal with community protests particularly in the North and Western area is disturbing and should be of grave concern to the political leadership of the country.

It mentioned that all these killing mostly youths’ who’re the future leaders of the country are unnecessary and unreasonable.

The Former Flagbearer also condemned the violence in all its forms and calls on the youths and security forces to be calm as they seek redress.

According to the statement, Dr. Kamara called for an immediate independent and impartial public inquiry into the protest that led to the incident. “this will enable us as a country to learn from the past mistakes and ensure never again the wanton killing of citizens by those whose duty is to protect them” he concludes.

Meanwhile, calmness has been restored in Makeni as the Security forces institute an indefinite curfew.

According to a Press release from the Ministry of Energy, the need for the relocation of the generator is the dire need for electricity in Lungi.

The compelling need for electricity supply for the operation of the Lungi International airport prompted the need to ask Makeni for their stand-by generation on a temporary basis.

But sources confirmed that the youths in Makeni didn’t feel right about the request and decided to protest.

This led to several live rounds of gunshots being shot on-air and at different levels by the security forces that led to the and loss of lives and destruction of properties.

According to a police press release they promised to update the public on the extent of damage to property and/or loss of lives during the public disorder.

The police said that they had arrested 51 Males suspects, who had been transferred to Freetown to help in the investigation. From a reliable source, Health authorities at the Makeni Hospital confirmed four dead bodies, including a15-years old boy.

The Health people also said a WASSCE candidate was in critical condition as he was shot on the head. In other cases, they had critical referrals to the Emergency Hospital in Freetown. 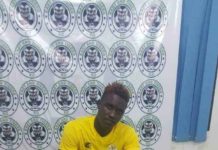 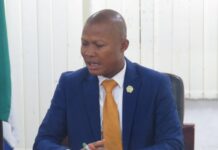