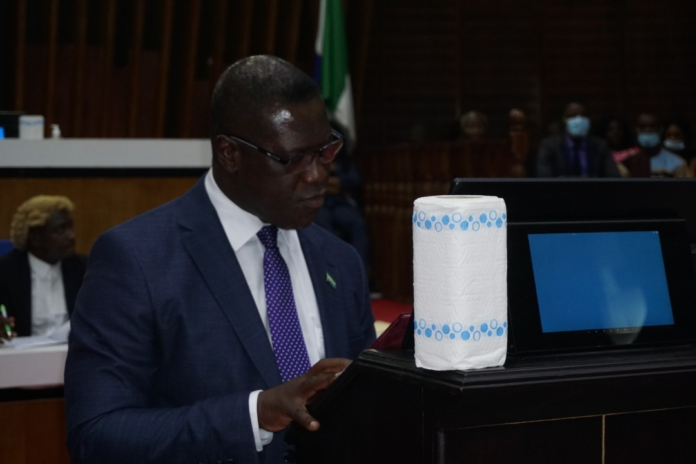 The Minister of Foreign Affairs and International Cooperation, Professor David John Francis on 21st October, 2021, presented to Parliament an agreement between the Government of the Republic of Sierra Leone and the Government of the Russian Federation on Visa-free travels for holders of Diplomatic and service passports.

The Memorandum of Understanding which was signed by the Minister and his Counterpart, Sergey Lavrov, during the one day state visit to Moscow will strengthen the already existing relationship both Countries have enjoyed over the years.

When approved by Parliament, the agreement will not only provide practical benefits, but also  help in creating a sense of acceptance and inclusion,  maintaining a high level of bilateral support, offers  access to knowledge, exchange of experiences and directly shapes Cooperation in all segments.

One of the Judges presiding over cases at the Sexual Offences Model Court, Hon. Justice Momoh-Jah Stevens (JA), has imposed five years imprisonment on Ahmed Issa Kamara popularly known as Joshua or to pay eighty million Leones and a mandatory twenty million Leone as compensation to the victim.

According the particulars of offence, the convict on a date unknown between the 1st day of March to the 2nd day of April, 2020 at Freetown in the Western Area of the Republic of Sierra Leone made an indecent material of the victim when performing oral sex. On Count two, the convict circulated a nude video of the victim to the victim’s fiancé overseas.

In his judgment, Hon. Justice Momoh-Jah Stevens said the accused person was charged with four counts of sexual related offences and he pleaded not guilty to all counts as charged. He noted that the Prosecution made a successful application for the accused person to be tried by judge alone pursuant to Section 144 of the Criminal Procedure Act 1965 as amended.

He continued that the Prosecution presented three witnesses and were able to prove that the phone that was used to do the sexual activity was owned by the accused. He added that the activity itself was done without the consent of the victim.

Hon. Justice Stevens said the Prosecution had proved its case beyond reasonable doubt which is the standard in criminal law, stating that the accused is found guilty as charged in all four counts.

In his plea mitigation, C. Taylor-Young Esq. representing the accused said he (accused Ahmed Issa Kamara) is a first time offender and a young man that has prospect to grow affirmatively. Referencing Section 18 of the Sexual Offences Act of 2012, he pleaded with the judge to either sentence the convict or to fine him.

In his allocutus, the accused appealed to the judge to temper justice with mercy.

In his defence, the accused (Ahmed Issa Kamara) told the Court that he had no witness but relied on his statement to the police.

Delivering his sentence, Hon. Justice Stevens cautioned that men should be mindful in treating women as they should be well respected.

“Circulation of sexual video is uncalled for and unacceptable,” he said, and therefore sentenced the convict to five years each for all the count charges or to pay twenty million Leones for each count. In addition, he said the convict should pay a mandatory compensation fee to the victim in the sum of twenty million Leones on or after he had completed his sentence of payment of fine.

He said the accused should either pay the fine plus the twenty million Leones compensation fee or be imprisoned for five years.

His Excellency President Dr. Julius Maada Bio has received his new biometric driver’s license from the Executive Director of Sierra Leone Road Safety Authority, SLRSA, Ibrahim Sannoh, as part of the symbolic launch of their newest product, now available to the public.

Sannoh recalled that the process for the country’s first ever biometric driver’s license started some nine months ago, as part of the many efforts in recent years, to restructure the entire biometric system and rebrand the authority.

He added that the new driver’s license had 9 features, including a smart chip, which can be accessed via QR Code, security features, all currencies features those other nations had and it is considered the next generational license.

“Most important of its features is the fact that the license is synced with the national identification number of the holder who is registered with the National Civil Registration Authority, adding more authenticity to the process of acquisition,” he said.

In his brief statement to the visiting SLRSA team, His Excellency President Dr. Julius Maada Bio expressed delight at the innovative efforts of the team and praised its leadership for ensuring that the licensing system was being upgraded to meet international standards.

“This is development. For the most part in Sierra Leone when we talk about development, we are only talking about that which we can touch. But this is one quantum leap towards safety and sanity on our roads.

“We had a faulty system, with people who will create mayhem on the road…without the requisite documentation. But I believe that with this now we will be able to control all that,” he said.

A thirty four years’ old Forest Guard, Ahmed Issa Kamara alias Joshua has been sentenced to five years in prison or pay a fine of twenty million Leones with compensation of twenty million Leones to the victim, following a nude video he posted of his 29 year-old fiancé Abibatu Princess Samba while they were having sexual intercourses on two occasions.

Leaking of nude videos of sexual intercourse between a man and woman has become the order of the day in African countries including Sierra Leone often resulting in mockery, emotional stress, stigma, and mental disorder when these nude videos are posted.

One of the cases is where Ahmed Issa Kamara alias Joshua who has been convicted by the Sexual Offences Model Court by Appeals court Judge, Justice Alhaji Momoh-Jah Stevens on four count charges ranging from making indecent material, and to circulating and possessing indecent material.

The convict on Sunday 1st March and Wednesday 8th April 2020 recorded on his mobile phone the sexual intercourse between him and his fiancée Abibatu Princess Samba and on Tuesday 2nd April 2020, he circulated the said nude video to the victim’s ex fiancé and her uncle Vandy Sheku Barbay.

Ahmed Issa Kamara denied the allegation to the police and also in court.

This caused the victim to abandon the love relationship she was in with the convict.

State Counsel Musa Pious Sesay Jnr led three witnesses; the victim, her uncle and the police investigator and said the law prohibits such act of the convict.

Defense counsel C. Taylor Younge on the other hand argued that the prosecution failed in proving their case and said the fiancée consented to recording the sex video adding that there was no evidence before the court that shows it was the convict that circulated the sex videos.

In his judgment, Appeals court judge, Justice Alhaji Momoh-Jah Stevens stated it was very clear the phone that recorded the videos belonged to the convict and also it was clear that the intention of the convicts was to demean and ridicule the victim to others and class her as prostitute.

He noted that the evidence adduced in court was corroborated beyond reasonable doubt and thereby found Ahmed Issa Kamara guilty as charged on all four counts charged and sentenced him on each count to pay a fine of twenty million Leones or serve five years jail term each. He ordered that the convict should pay a compensation of twenty million Leones to the victim Abibatu Princess Samba even though Defense Counsel C. Taylor Younge pleaded for a minimal sentence.

According to Justice Momoh-Jah Stevens, the sentences should run concurrently.

Abibatu Princess Samba told SLBC that she was happy that justice was done in her matter as all what she wanted was for the convict Ahmed to pay for what he did to her and said at first she was doubting the justice system but after the verdict she now has faith the judiciary.

She appealed to other women to be careful of the type of men they date and not allow any man to video their sexual activity but rather not hesitate to report the matter to the Police and let the law take its course.

The victim Abibatu said her case study should serve as warning and lesson to men who are in the habit of recording their sexual intercourse with their fiancée and called on them to desist from such a criminal act.

This party is expected to bring in their candidate for the election either by voting or by selection, many people within their party will be coming for the position of presidential flag bear, the likes of Dr. Samura Kamara, Alimammy P. Koroma, Joseph F. Kamara, Palo Conteh and several others.

With all this, despite many were seen, Dr. Samura Mathew Wilson Kamara was the selected one that led the APC into the 2018 general election but by then the APC lost the election to the SLPP.

Despite all this, and with a lot of hiccups faced by the then APC flag bearer Samura Kamara, he still did not give up in politics. He still maintains his loyalty to the party as he still has the courage, strength and mind to take the APC party to State House come 2023. 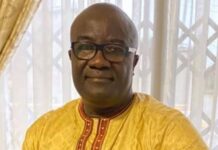 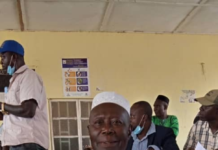 ABOUT US
The Public Review Newspaper was established in 2012 by its publisher Joseph Turay, who was one time Acting Secretary General of the Sierra Leone Association of Journalists (SLAJ)
Contact us: [email protected]wsl.com
FOLLOW US
© PublicReviewsl.com All right reserved
ankara escort
MORE STORIES