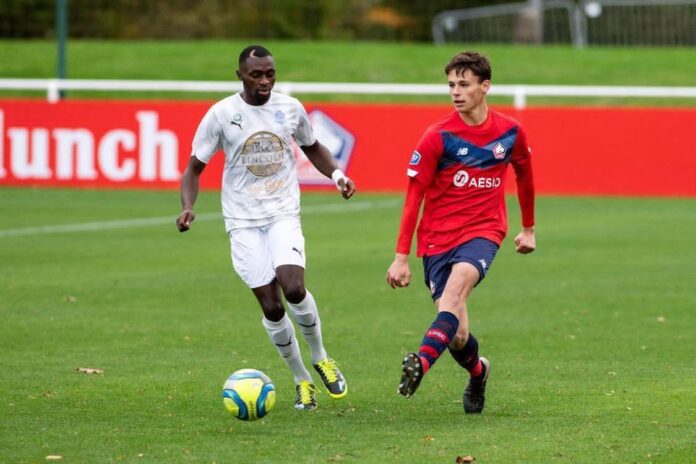 Moses Turay, a Sierra Leonean football player, playing for Montfermeil under-19 Football Club in France in Paris, has ascended as the next Mohamed Kallon as a result of his professional skills in the football world.

Turay being a potential football player, he in 2020 was rated as the highest goal scorer in Montfermeil under-17 Football Club in France in Paris.

The 17-year player started a career in football at age-4 in Sierra Leone in Freetown. Having known that, he had a talent in playing football, he worked very hard in order to see that, he had improved in it so as to become who he wanted to be in the career.

Talking to Premier News recently, Turay said that he is a striker; usually plays left and right wings.

As a player, Turay has the endurance and ability to use both the feet.

Turay in 2017 to 2018 played for FC Ballamey Academy in Sierra Leone. He also played for the Allen Star in 2018 to 2020, and for the Airtel Raising Stars. Turay being a great player, during his stay in those clubs, he immensely contributed in moving the vision of the clubs further. During his school days, he used to serve as a captain of the school team.

As a young energetic potential player, he travelled to France in 2020 where he was spotted and picked to play for FC Montfermeil under 17 national team.

Fans of Turay in Sierra Leone said, they loved seeing him played for the Leone Star national team at any time from then.

Salieu Karma, a football lover, and one of the greatest fans of Turay said, “I have no doubt in Moses Turay, having watched him played on several occasions, I assure that he would make Leone Star become a victor of any tournament. We love to see him play for Sierra Leone.”

His Excellency President Dr Julius Maada Bio has launched the Leone Stars African Cup of Nations Supporters Tour to Cameroon project and urged private sector investment into the national team ahead of AFCON 2022.

Minister of Sports, Ibrahim Nyelenkeh, said he was honoured that under his leadership, President Julius Maada Bio created the enabling environment by supporting the national team to qualify for the competition after almost 20 years, adding that football was a powerful tool for national unity and cohesion.

“Your Excellency, thank you very much for your astute leadership and resurrecting football in this beautiful nation. You stated in your 2018 manifesto that you will resuscitate all sporting disciplines in the country,” he noted.

He thanked the leadership of the Sierra Leone Football Association (SLFA), the technical team of Leone Stars and encouraged the country to support the fans who would be going to Cameroon in 2022 to cheer up the players as they continued to make the nation proud.

President of SLFA, Thomas Daddy Brima, said he was happy to have been part of the launch by the President, saying that the country should make good use of the many opportunities that football would bring.

“Football is a developer of a nation, football will deepen love and above all, it will unite a nation. So, Your Excellency, with the launch of this programme, we are bringing ideas that will see a new Sierra Leone. We are also putting systems in place that will secure the comfort of your players, supporters in Cameroon come 2022. This is what good leadership does,” he concluded.

First Lady, Mrs Fatima Maada Bio, thanked the coach, officials, the ministry of sports and SLFA for their support to the national team, adding that it was because of their efforts that the team got the victory in Guinea to qualify for AFCON.

Before he officially launched the initiative, President Julius Maada Bio thanked the leadership of SLFA for the great enterprise. He also thanked the Sierra Leone Commercial Bank and Africell, the first private sector players to champion the Leone Stars African Cup of Nations Supporters Tour to Cameroon. He urged other private sector players to fully come on board and support the national team.

The President also reaffirmed that his government would continue to support Leone Stars and all other sporting disciplines, adding that football was a strong pillar for national unity and development. He said the country was beginning to see major development when compared to those days when Sierra Leone was known for only the odd things.

“When I invest in football, it is not only because I love it, but it is also because I love the things that unite this country. When we go to Cameroon to support our country to victory, let us behave ourselves, let us be ambassadors, like a people from a rule-based country where the rule of law is supreme.

“I now want to use this opportunity to launch the Leone Stars African Cup of Nations Supporters Tour to Cameroon. Thank you all very much,” he concluded. 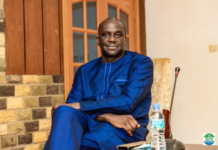 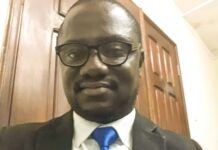 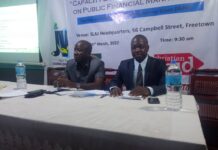