The Police in Port Loko are investigating an alleged murder case as a 19years of age is said to have inflected multiple stab wounds on a deceased. Unconfirmed Sources claimed that Abdulai Kamara (the suspect) was on drugs as he watches Mr. Alimamy Sankoh (the deceased) gasping for the last breath. The incident happened at #24 Moudou Street in Port Loko district at about 11PM on the 7th of July 2020.

This tragic event was said to have arisen from an argument between a certain man name Tobi and the deceased. Tobi is said to be a drug dealer to whom the deceased (Mr. Alimamy Sankoh) had to pay some amount of money. According to the Source, Tobi demanded his money upon arrival of Mr. Alimamy Sankoh, the victim requested for Tobi to wait a little while. But Tobi was adamant as he requested to be paid at all cost as Mr. Alimamy was seen counting some money.

Tension mounted between the two as Tobi promised to give Mr. Alimamy a nasty beat. It was at this junction that Abdulai Kamara (Suspect) emerged, according to the Crime officers at the Port Loko Police Division where the matter is being investigated. The Suspect asked Tobi to buy him ‘Kush’ a new type of drug substance. Tobi accepted but unless Abdulai willing to do something for him. This statement was said to be quoted by Tobi according to Detective Assistant Superintendent of Police- Margret Marrah.

” Immediately after the discussion between Abdulai and Tobi in a room, the Suspect confronted Mr. Alimamy,” said the Crime Officer. Abdulai later gave Mr. Alimamy a deafening slap, while in retaliation Mr. Alimamy snatched a wooden stick and Slammed it on Abdulai’s head. Alimamy was seen running out of the scene as soon as he realized that Abdulai has taken out a knife. Unfortunately, he fell down as he lost his balance. He was caught by Abdulai who inflicted multiple stab wounds on him.

The crime officer informed us that the murder weapon has been retrieved and their investigation is making headway. Soon they will charge the matter to court following the advice of the State Counsel. of Mr. Alimamy Sankoh. Abdulai Kamara was arrested and has since been detained as a Prime Suspect while the remains of Mr. Alimamy were conveyed to the Government Hospital in Port Loko for Postmortem Examination.

The crime officer informed us that the murder weapon has been retrieved and their investigation is making headway. Soon they will charge the matter to court following the advice of the State Counsel. 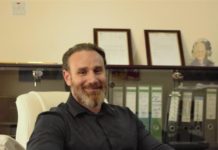 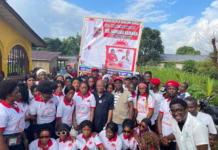