State prosecutor in the ongoing case of Former Defence and internal affairs Minister, Alfred Palo Conteh has opposed to an application to bail field in by Mr Conteh’s Lawyers.

Lawyer Joseph A.K Sesay argued that his opposition to bail is supported by affidavits sworn on the 28 July, 2020 by Momoh Lansana.

He referred to the judgment of Justice Reginald Fyne in the matter of Ishaka Sylvester Menjor against the State’s criminal appeal No2/2015 , and implored on the Judges to see the necessary need before exercising their  discretions whether bail should be granted or not pending the determination of an appeal.

He further argued that such discretion should be used judiciously and that in reaching such conclusion, the court must take certain key issues into consideration.

Among his grounds of defense; Lawyer Sesay noted that the court should   loose sight of the fact that Mr. Conteh is not a ‘’trial applicant’’ but rather a convict who has been sentenced and therefore the issue of bail should be considered along those principles.

‘’the burden is on the Appellant to show the circumstance existing that makes his situation  like any other exceptional and until the Appellant application does so, the court will not seem it fit to grant bail to the Appellant. ‘’

According to the State Lawyer,  all of the exhibits and oral submissions made by the Appellant applicant have shown  nothing whatsoever that would amount to exceptional circumstance warranting the granting of bail to the Appellant pending the determination of the appeal.

He also argued that the issue Mr. Conteh being a first time offender is not a fact to be considered by the judges but that what constitutes exceptional circumstance is whether a ‘’considerable proportion of his sentencing would have been served.

He said the Defence could not show in any way  that the grounds of Appeal   on both affidavits are strong and good grounds in which they it referred to section 67 sub section 3 in which it said the (state) will not loose if the application fails or succeed.

‘’in the absence of any exceptional circumstance bail cannot be granted pending appeal,’’ noting that Mr. Conteh was found guilty on two counts charges and convicted to two years imprisonment.

Lawyer Sesay’s opposition to bail came after Lawyer Dr. Abdulai O.Conteh,  the Lead defence Lawyer  for Palo  Conteh had applied for bail for his client  before panel of judges in the court of Appeals presided over by Justice Ivan Ansumana Sesay; plus two other Judges ; Justice Bintu Ahladi and Justice Tonia Bernette.

Lawyer Conteh had earlier submitted an affidavits and exhibits to support his argument. He told the court that his  appeal came  to court against the back drop of the state security case of a  treason trial with several counts of small offences.

He said one of their grounds of appeal was for his client to be put on bail pending a hearing and determination of the appeal against his sentence of 1st July 2020 on two counts of small arms offences.

According to him those two counts are summary offences and in the circumstance noted that the judgment by Justice Alhaji Momoh Jah Stevens was a ‘’draconian and very harsh’’ noting that his client should not have been given a custodian sentence rather a  fine because he is a first time offender.

He argued that his application submitted before the court is a way of notice of motion dated 14 July, 2020 supported by the applicant affidavits dated same attached with several exhibits ranging from, Exhibits APC 1 which is the preliminary investigation at magistrate court;  APC 2 the section 136 that was used by the prosecution to bring the matter to the high court; APC 3  which is the conviction certificate ; and exhibits APC 4 the notice of appeal against his convictional sentence dated 14 July, 2020.

Dr. Conteh also argued that his client is a family man who has served the country judiciously, and is not in any way a flight risk, and has credible sureties that are ready to enter recognizance on his behalf .

Defence lawyer, Dr. Conteh laid his argument pursuant to section 67 sub sections 2 of the court Act No31 of 1965 pending the determination of the appeal, adding that the said act gives the Judge (s) the discretion to give bail.

Dr. Conteh told the court that if his client is put bail, the respondent (state)has nothing to lose, arguing that justice Stevens in his Judgment did not state any reason while sentencing his client .

He said the defense relied on the affidavits of his client’s   applicant in motion of the appeal against the sentence.

He said that his client has a good and arguably grounds of Appeal with good prospect of success; noting that he client did not deserve a custodian sentence  as but a fine  a first time offender.

He pleaded with the Judges to grant his client bail pending the determination of the appeal ‘’in the interest of Justice and humanity’’.

He told the court tha his client has been in solitary confinement since the 20th March, 2020 and had spent 5 months imprisonment.

Another defense Lawyer, Wara Serry Kamal  informed the court that his client since the inception of the case in March  has no access to his family and has been in solitary confinement.

She said her client has been denied his basic rights every prisoner is suppose to enjoy.

After listening to both sides of the coin; the Presiding Judge, Justice Ivan Sesay said that a ruling on the appeal will be reserved and notices to be sent to both sides on a later date. The case was adjourned but with no definite date. 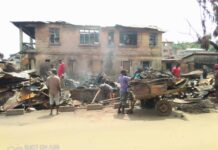 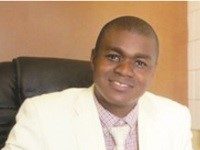