Lawyer Roland Wright representing Lara Taylor-Pearce and Lawyer Pa Momoh Fofanah have challenged the on-going Tribunal established by President Bio to investigate the activities of the Auditor General and her Deputy. Defence lawyers ; Roland SV Wright and Pa Momoh Fofana have questioned the legality of the tribunal arguing that the tribunal doesn’t even have no rules of procedure and rules of evidence not to talk of any specific charges or witness statements .

Mr Wright argued that he had filed papers in the supreme courts to stop the trail and that certain interpretations of the laws establishing the tribunal need to be explained by the Supreme Court before the trail commences.

According to the Chairperson of the Tribunal, Justice Nyawo Finda Matturi-Jones, the Tribunal was set up in accordance with the Law by President Julius Maada Bio on 6th December 2021, to inquire into alleged misconduct and lack of professional performance by the Auditor General and her Deputy.

According to her, the essence of the Tribunal is to provide simple solution to unanswered questions, and that in doing so, she said they are guarded by the principles of legality and rules of proceedings of Sierra Leone. She further informed the court that the details of those principles will come later during the proceedings with practice direction.

The hearing yesterday was just the official opening of the Tribunal but jurisdictional objections were raised by lawyers representing Lara Taylor-Pears and Tamba Momoh.

According to Lawyer Roland Wright representing Lara Taylor-Pears, his client is questioning the jurisdiction of the Panel and they have filed papers at the Supreme Court in December 2021 challenging the action by the President.

But the matter is yet to commence at the Supreme Court, according to Lawyer Wright, the file has not yet been assigned.

He called for the Tribunal to be adjourned until the matter concludes at the Supreme Court.

Lawyer Pa Momoh Fofanah representing Tamba Momoh on the other hand argued that, according to section 3 of the Audit Service Act 2014, it is the Board that has the mandate to appoint, sack, or decipline the Deputy Auditor General and other staff.

He argued that the Tribunal which was set up by the Sierra Leone Constitution does not govern his client  and therefore cannot investigate the Deputy Auditor General.

According to Justice Anusman Ivan Sesay, they were constitutionally appointed to do their work to enquire into the alleged misconduct and lack of professional performance by the Auditor General and her Deputy.

And said, since there is no restraining order before the Court, nothing will stop the Tribunal from proceeding until the Supreme Court says otherwise; adding that they are there to do Justice and hold the balance; but said the law is no respecter of anyone and they will not tolerate any pressure or interference from anyone.

Prior to the jurisdictional objections, Attorney General and Minister of Justice, Mohamed Lamin Tarawally assures of fairness and Justice from the State noting that even though the issue before the Tribunal is very serious, government has no intention to interfere with the freedom and liberty of Lara Taylor Pearce and Tamba Momoh.

…In one week interval

The Petroleum Regulatory Agency Sierra Leone (PRA), with the Ministry of Finance, Ministry of Trade & Industry and the Oil Marketing Companies have jointly reviewed the maximum retail prices of petroleum products which will be in force effective 17th March 2022.

Accordingly, pump prices have been adjusted as follows:

Sierra Leone will continue to review its pump prices driven by combination of International factors with fairness and transparency.

Given that the new direction government has neglected and abandoned the people of Kolleh Town whose properties and houses were burnt by the January 23rd 3022 fire incident, Dr. Samura Kamara has today answered to the cries of the Kolleh Town fire victims.

He reached out specifically to the 72 households that were badly affected by the inferno.

During today’s visitation, Dr. Samura Kamara informed the victims that he visited them primarily to fulfil his promised made during his first visitation. Dr Samura said that he understood exactly what the victims are going through, and what are their immediate needs and wants.

“As a compassionate leader and a leader who understands the plight of the people, I’m not only here to sympathize with  you but to also support you with building materials to help in the reconstruction and rehabilitation of your  burnt houses, and also to render support in taking care of your children by  providing food items and clothes”.

Daniel Kuyateh on behalf of the victims and the community, endlessly thanked Dr. Samura Kamara for what he described as a timely donation.

He furthered that the government of president Bio has neglected and rejected them.

“Since the incident occurred to date, no single person from the government has chipped in to support the victims who are in dire need of shelter, food and clothing”. Kuyateh concluded.

Dr. Samura Kamara encouraged the victims to be optimistic, resilient and be courageous as all is not lost.

He said his party is deeply concerned and they’re with them in this difficult moment.

His Excellency President Dr Julius Maada Bio has shared his plans for Sierra Leone with President Nguyen Xuan Phuc of Vietnam when he addressed an official state dinner marking his visit to the world’s third largest exporter of rice.

At the state banquet attended by top government officials, heads of ministries and Prime Minister, Phạm Minh Chính, President Bio disclosed that on April 18, 2018, the late President Trần Đại Quang, sent him a congratulatory message on his election and in that gesture, he assured that Vietnam had not forgotten Sierra Leone.

“Sierra Leone, like Vietnam, has triumphed over a history of adversity and war. But Sierra Leone is inspired by the patriotism, commitment, and staying power of the people of Vietnam. Out of war, you have developed a peaceful and thriving nation.

“But we are even more inspired that your leadership took bold and well-thought-out decisions to open up the economy, lower the cost of doing business, and invest in purposeful infrastructure and human capital development. No doubt, the impact of those decisions is evident in how well your country has thrived since then. Our country’s new direction philosophy is closely aligned with that mind-set that transformed this nation,” he said.

President Bio noted that within a spirit of solidarity and mutual cooperation, Sierra Leone was eager to share ideas and experiences, explore strengths, and offer opportunities for closer ties with a friendly nation like Vietnam, adding that his government believed that there was a lot to learn from Vietnam apart from deepening the ties at all levels.

In his response, President Nguyen Xuan Phuc of the Socialist Republic of Vietnam reemphasised his commitment to collaborate with the government of Sierra Leone and promised to strengthen the bilateral ties between the two countries. 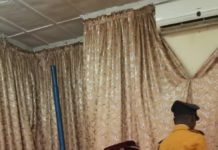 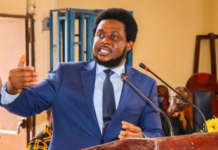 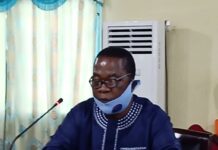 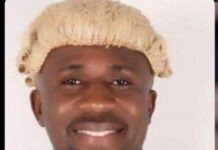