Lamin Tarawally a youth leader of Kamabai Town Bombali district and three others were on Monday 27July 2020 drag to court before magistrate Hannah Bonnie of court No.1 for allegedly Killing his Aunty Kadiatu Yeamie Kargbo.

The accused persons Ishmael Koroma, Issa Alhaji  Mansaray, Ernest Numeh Conteh, and Lamin Tarawally made their first appearance in court and were arraigned on two counts charges of Conspiracy to commit murder contrary to section 4 of the offences against the persons Act 1861 and murder contrary to law. According to the indictment, the prosecution alleged that all the accused persons on Sunday 8 March 2020 at Kamabai Town Brima chiefdom in the Bombali District conspired together with other persons unknown to murder Kadiatu Yeamie Kargbo. Whiles the police further alleged in count two that the accused persons on the same date and place unlawfully murder Kadiatu Yeamie Kargbo. When the charges were read and explained to the accused in court, no plea was taken and no legal representation was made on their behalf. The police prosecutor Inspector Isatu Gbassay Fofanah intimated the court that her witnesses were absent and therefore could not proceed with the matter. In the circumstance, she requested an adjournment to subpoena her witnesses. Magistrate Bonnie, however, granted her application and remands the accused in prison and the matter was adjourned to the 3 August 2020 for further hearing. 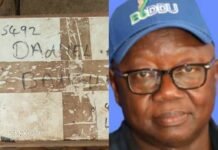