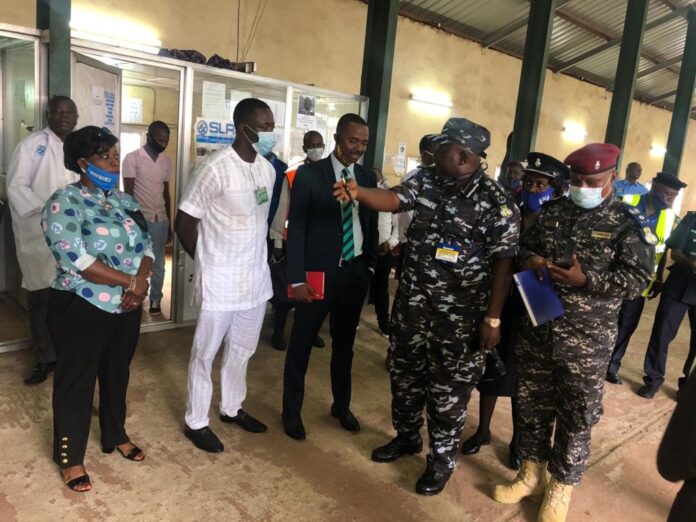 The Inspector General of Police who was accompanied by his Deputy Madam Elizabeth Turay and other senior Police Officers said, his visit was to reaffirm his support to the SLRSA as he put it, “I have been part of the SLRSA family for a very long time”. The IGP called for synergy between the Sierra Leone Police and the SLRSA in order to restore sanity in the Road Transport Sector.

IGP Sovula noted that, the Sierra Leone Police is overwhelmed with crimes around traffic issues and hence the need for collaboration between the SLP and the Road Safety Corps. He noted that, the Motor Vehicle industry has it membership drawn from all facets of life and as such, policing their everyday activities was a herculean task. He called on the Executive Director to closely work with the Drivers Union and the Bike Riders Union as this will create the enabling environment for both the membership of the drivers and riders and the Road Safety Corps.

The Inspector General of Police assured the Executive Director of the Sierra Leone Road Safety Authority (SLRSA) in the areas of training, joint operations and other related issues. He called for frequent meetings with Stakeholders in the Transport sector to discuss issues affecting the sector and find solutions.

Welcoming the IGP and his team, the Executive Director of the SLRSA Mr. Ibrahim Sannoh was pleased to receive the IGP to the SLRSA headquarters and emphasized the need for collaboration between the SLRSA and the SLP.

Mr. Ibrahim Sannoh outlined some of the major reforms he had introduced in the Authority since he took over as Executive Director three months ago, including the E-Fitness, Biometric License, Vehicle Record Card and Vehicle Number Plates. The Executive Director disclosed that he had discussed an Inservice training proposal with the Assistant Inspector General of Police (AIG) Memuna for Road Safety Corps.

In her remarks, the Deputy Inspector General of Police Madam Elizabeth Turay thanked the Executive Director and the SLRSA management for the warm reception accorded them and pointed out the need for a good working relationship among front line officers of the two institutions.

The Deputy Executive Director of the SLRSA Mr. James Baggie Bio embraced the path of the Inspector General of Police in expressing his desire to deepened collaboration between the SLP and the SLRSA. He disclosed that, this initiative was the desire of His Excellency the President Retired Brigadier Dr. Julius Maada Bio for all MDAs to work together in advancement of the New Direction Agenda.

The vote of thanks was moved by the Director of Safety and Enforcement Sierra Leone Road Safety Authority Mr. Augustine Kaitongi.

Mr. Ambrose Sovula has a long history of working with the Sierra Leone Road Safety Authority, first as a trainer of the first batch of Traffic Wardens in 2005 as Commandant of the Sierra Leone Police Training School and later as National Traffic Coordinator of the Sierra Leone Police. It was as a result of his exemplary performance during his tenure as National Traffic Coordinator that the West African Road Safety Organization in 2014 conferred on him the title of honorary member of that Organization at the Miatta Conference Center. 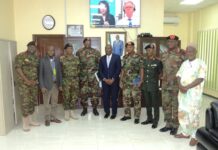 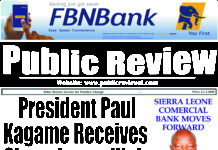 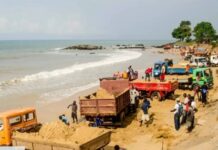 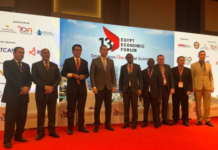