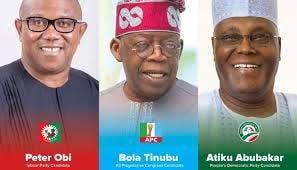 My classmate and friend and also a reputable journalist, Dare Babarinsa, a Chief of the Anglican Church is always a delight to me. He is a storehouse of historical facts and an encyclopedia of ideas. He hardly talks and he says he is not a politician, even when he bears the trait of one. You can’t get him to talk but if you are lucky and you get one or two sentences out of him on the current issues in the country or the world, you would have received something to chew upon for two weeks. August, 19, Dare and I met at the funeral reception for the mother of a friend that is dear to the two of us. And Dare decided to talk. It was on politics of Nigeria, his familiar terrrain right from the days of Chief Obafemi Awolowo, the political colossus.

Being the voluble type, I led the unplanned discussion jumping from one topic to another with Dare just laughing, he does that a lot. I think that shields him from talking. The moment I mentioned the 2023 elections, he said instantly; “that election is a referendum and the APC is going to lose because of its Muslim-Muslim ticket”. The word referendum hit me like a thunderbolt because I have never heard anybody say that, concerning the current crisis in Nigeria, nobody has thought the election is a referendum. Even the Biafran secessionists and the Odua seprationists have not said anything like it. While many have called for a referendum which President Muhammadu Buhari and his co-travellers in his nepotistic government have resisted with everything they have, nobody has thought the 2023 elections might just be the referendum Nigerians have been looking for. It is doubtful if Buhari and Asiwaju Bola Tinubu know the coming election is a referendum. If it holds, it will be a comment on Buhari’s reign and Tinubu’s lifelong ambition to rule the nation.

I won’t allow that revelation to pass me by and I began to probe. Even if Dare won’t talk, I can throw leading questions. If he nods to any of my question, I will assume agreement. The first subject on the referendum is whether Nigeria should be again. This throws the question if the election will hold at all. Some are doubting if the next president is among the current fifteen contestants. Many Nigerians are expecting crisis which will either dissolve the country or violently change the government and have the election postponed. Real Nigerians, not the ones who eat the crumbs form the tables of the corrupt political actors and shouting their praises, are tired of the country. They face the stark reality of extinction everyday. Their meagre incomes can’t put food on their family tables again and they are harrassed daily by the threat of bandits or terrorists. I won’t doubt if I hear that Buhari says he does not know the grim reality of the country’s poverty since the president did not hear that the bandits plan to kidnap him and his media aide, Garba Shehu until the Kaduna State governor who is also included in the kidnap threat, Nasir El Rufai broached it to him. We now run a government which is more in the sky than in Aso Rock. And we have a security apparatus who may be in league with the bandits and terrorists or are not competent to hold their positions because they didn’t get it by merit.

Tinubu’s Muslim-Muslim ticket is a vital subject on the referendum. Many believe that the APC will lose the election because of it, which means Nigerians will say they don’t want to be all Muslims; that they prefer to be Christians, Muslims and Animists as they are now. They don’t want any scheme to lord Islam over other religions. But Nigerians will make that assertion at the expense of having a good government, some lovers of Tinubu who number very highly among Yoruba irredentist who want their own in the presidency at all cost are saying. But Nigerians know that there is no hope of a good government among all the parties. The Peoples Democratic Party (PDP), will not be a good alternative to the All Progressives Party (APC), it failed woefully after 16 years in power. Both of them, APC and PDP, have shown that they are bad fellows in the same ship. The current executives of APC were those who ran the PDP to a defeat in 2015 while those who currently run PDP once moved from the party to APC and are now back.

Labour Party is all social media hype, noise and threatenings. The 2019 election whose result showed that social media noise is no determinant of election victory has taught Nigerians not to trust the social media. And the New Nigeria Peoples Party (NNPP) of Senator Rabiu Musa Kwankwaso does not hold any promise even with a magic-working pastor, Archbishop Isaac Idahosa as Kwankwaso’s running mate. But would Mr Peter Obi’s sudden emergence unto the national political scene make any change? Obi is the first politician from the Igbo stock since Dr Nnamdi Azikiwe to register so powerfully on the national scene. Is the secession demand of the Indigenous People of Biafra (IPOB) real or just a smokesreen? Obi for now has eclipsed the Indigenous People of Biafra, an eclipse which may smell danger from ambitious and jealous IPOB members to the emerging name in Igbo politics. Many Nigerians are praying that Obi’s life will not be endangered at home. If Obi should win, the Biafran dream is lost, if he loses, especially if he does not win very well at home, it would mean the Igbo still does not want to remain in the federation.

But certainly, the Igbo recognize the election as crucial whether they recognize it as a referendum is another issue. The Catholic Church in the East according to reports demand the Permanent Voters Card (PVC) for a worshipper to enter their Church facilities. Christians all over the country see the election as crucial to testing their relevance and importance in the nation. The calculation of APC, they think gives no weight to their existence and importance. In Lagos, the Igbo abandoned their trades to register for the election. The election in Lagos State will be a referendum to test the veracity of the Igbo claim that they are the majority ethnicity in Lagos and that Lagos is No Man’s Land. Who owns Lagos? Igbo or Yoruba or Fulani?

Tinubu and his campaign team have accepted a term which he introduced into Nigeria’s political lexicon, ’emilokan’, (‘it’s my turn’) into their campaign theme. The referendum is also going to be about ’emilokan’; will Nigerians accept a turn-by-turn presidency? especially when they did not take part in fashioning the ‘turn-by- turn’ formula, just as they did not take part in drawing up of the 1999 constitution which was imposed on them by the military regime of General Abdusalam Abubakar and which they have been saying they don’t want. ‘Emilokan’: seem to be a secret arrangement among few elites who see Nigeria as no more than their inheritance. Will Nigerians accept oligarchy or a free choice of their president? Tinubu has said nothing will change between his presidency and that of Buhari if he wins. In other words, Nigerians are going for a referendum for a continuation or cessation of Fulanisation, Islamization, economic degredation, corruption, nepotism and borrowing.

Tunde Akande is both a Journalist and a Pastor. He earned a Master’s degree in Mass Communication from the University of Lagos. 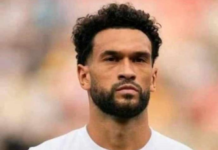 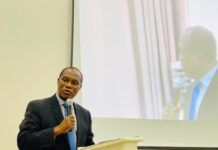 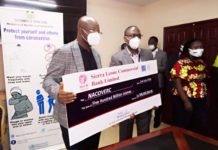