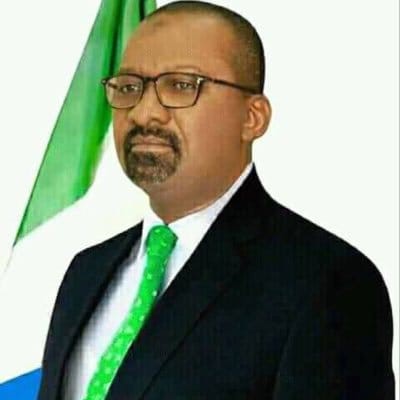 The Vice President of the Republic of Sierra Leone Dr. Mohamed Juldeh Jalloh will on Friday 17th September deliver the keynote address and launch the Fiscal Year (FY) 2022 Budget preparation process at the Policy Hearings to be held at the Ministry of Finance, Treasury Building Main Conference Hall in Freetown.

The Policy Hearings provide an opportunity for Ministries, Departments, and Agencies (MDAs), including Local Councils to discuss and review the updates on sectoral policies as contained in the Medium-term National Development Plan. Due to COVID-19 restrictions, only ministers of Deputies and the Vote Controllers should attend(2 per Ministry).

The Bilateral Budget Discussions for all Ministries, Departments, and Agencies (MDAs) will commenced on Monday 20th September to 8th October 2021 9:00 am to 6:00 pm daily.

These Discussions will enable stakeholders to discuss and agree on policies that will guide revenue generation and resource allocations to various MDAs.

The Ministry of Finance also in a public notice stated that all Vote Controllers are expected to follow all COVID-19 safety protocols during these discussions.

Furthermore, all MDAs are encouraged to submit 50 copies of their strategic plan and budget proposals to the Budget Bureau two (2) days before their scheduled date and all presentations should be done via PowerPoints.

The Vice President is expected to lay the foundation for the policy direction for the financial 2022.

The two development partners held critical discussions bothering on investment in housing, training and general management of the sector.

The Minister briefed the Ambassador about the challenges inherited and major reforms being undertaken for the effective and efficient management of the sector.

He spoke of the shift in priority from land allocation to provision of affordable housing and proper country planning, a policy that is already attracting investors from across the globe.

The Ambassador was also informed about work being done towards reforming legislations and digitisation of the sector for proper management.

He assured the Ambassador that the President Bio led administration will continue to take the appropriate measures as dictated by the country’s medium term national development plan.

On his part, the U.S Ambassador urged the minister to continue with the good leadership being demonstrated already.

He was particularly interested to know about steps being undertaken by government to attract more investment into the housing sector.

In terms of skills gap, the Minister and Ambassador agreed that short term training is important for staff development.

In that regard, the Ambassador encouraged the staff of the Ministry to take advantage of opportunities in acquiring short term trainings in the US.

Over the last seven months since the appointment of Dr. Turad Senesie as Minsiter of Lands, Housing and Country Planning, the sector has attracted development partners and investors including the World Bank, UNFPA, JL Properties based in Ghana and TAF Africa Global headquartered in The Gambia, among others.

Leading mobile company in Sierra Leone, Orange has announced a massive Africa Cup of Nations package for fans to support Leone Stars in Cameroon next year.

A total of three packages has been announced; a Cheer Song Competition, Supporters Group Competition and Orange Juniors Challenge.

The Cheer Song Competition will encourage fans to compose songs to support the national team. One person or a group can write their song and perform it. The cheer song must be exciting and uplifting.

The Supporters Group Challenge will encourage fans to get different ways to support Leone Stars. How crazy or how excited can they be as fans? How can they drown out the noise of opposition fans and draw everyone’s attention? And most importantly how can they uplift the national team. 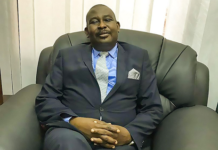