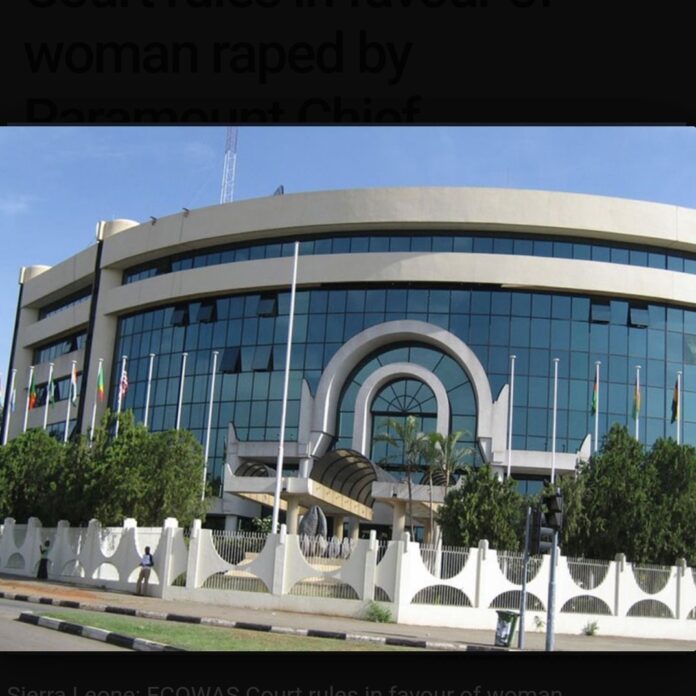 The Community Court of Justice of the Economic Community of West African States (ECOWAS) has ordered the Sierra Leone government to pay reparation to a victim of rape.

The woman was raped by a Paramount Chief in the southern Bonthe District, the case filed at the regional court shows.

The Court in its ruling on July 13th, condemned the Bio administration for failing to guaranty the victim her right to remedy, access to justice, and protection from cruel, inhuman and degrading treatment. And the government was ordered to pay the victim the equivalent of $10,000 as reparation.

The incident occurred in 2019. The victim, who hails from Subu Village in the Gbap Nongobabulum Chiefdom, named the Paramount Chief of the area, Jonathan Ticker, among a group of men who raided her home, and raped her.

The chief reportedly led a group of men as part of an operation by the Poro secret society, to invade the village late at night in January 2019.

Documents filed at the court indicate that PC Tucker forced his way into the room where the victim was asleep and raped her as his men stood outside on guard.

The Chief denied the allegation, according to local media reports.

The case was filed in September 2021 by the Banjul-based Institute for Human Rights and Development in Africa (IHRDA) on behalf of the Plaintiff.

According to IHRDA, the case was brought before the regional court after repeated failed attempt by the plaintiff, who was 17 years old at the time, to seek justice at home. It said that the victim reported the incident to the Sierra Leone Police, but local authorities failed to effectively investigate the offence and prosecute the perpetrator.

Campaigners said at the time that the case served as a litmus test for the government, coming after President Julius Maada Bio had declared a national emergency on rape.

The incident occurred in the home district of President Bio, who prides himself as champion against Sexual and Gender-Based Violence (SGBV). His wife, First Lady Fatima Bio, also leads a popular campaign against SGBV through her ‘Hands off Our Girls’ campaign.

The victim reportedly took several medical tests which proved she had been assaulted, yet there was no effective investigation, according to campaigners.

The Sierra Leonean campaign group, Human Rights Defenders Network, at the time issued a statement alleging political interference for the slow pace with which the police investigated the matter. It also cited accounts of police investigators been maltreated by local political authorities in an attempt to prevent them from pursuing the matter.

“We are happy that the Court has established Sierra Leone’s responsibility in this matter, and we hope that Sierra Leone would not only take steps to ensuring that the victim actually get reparation, but also put in place measures to curb prevalence of violence against women and girls with impunity in Sierra Leone”, Mr Sowe said in a statement released by the organization. 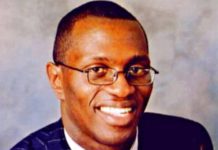 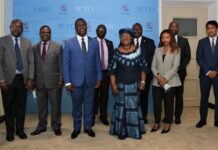 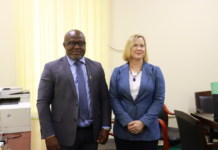