United Kingdom July 2020:- Earlier this year, the Court of Appeal handed down its judgment in the case of Kalma v (1) African Minerals Limited, (2) African Minerals (SL) Limited and (3) Tonkolili Iron Ore (SL) Limited1. In this case review, we consider the Court’s findings in relation to (i) accessory liability and (ii) companies’ duty of care when operating abroad to protect local residents from harm caused by third parties.

The proceedings were brought by a group of 142 inhabitants of Tonkolili, a district in Sierra Leone in West Africa described as “remote and inaccessible” (the Applicants). The respondents were the owners and operators of a large iron-ore mine in Sierra Leone (the Respondents). African Minerals Limited (AML), a UK based parent company, had originally secured the licence conferring upon it the mining rights. Over time, African Minerals (SL) Limited inherited the rights and obligations of AML and then passed these on to Tonkolili Iron Ore (SL) Limited. Both of these companies were incorporated in Sierra Leone. The judgments do not differentiate between the three companies, referring to them together generically as “AML”, “the defendant” and/or “the respondents”. The case appears to have been argued in reliance on the duties alleged to have been owed by the company holding the mining rights at the relevant time, rather than on the basis of parent company liability as recognised in the Vedanta case.

The Respondents, including AML, attempted to keep good relations with the inhabitants of Tonkolili. This included carrying out actions advocated in the United Nations’ Voluntary Principles on Security and Human Rights (the Voluntary Principles), such as employing locally recruited Community Liaison Officers and consulting with the local police forces. Despite this, the mining activity led to friction with the local community.

The claim related to two specific instances in 2010 and 2012, in which the Sierra Leone Police (the SLP) used unlawful force to quash unrest related to the mine. The events were described as a “significant overreaction” on the part of the SLP, with local inhabitants being subjected to “violent chaos”.

The Court of Appeal Ruling

The appeal was limited to two of the original legal grounds: (i) accessory liability and (ii) duty of care.

First Ground of Appeal: Accessory Liability by reason of a “tortious common design”

In order to establish accessory liability, the Applicants needed to prove that the Respondents facilitated a tort and, in doing so, shared a “common tortious design” with the SLP (i.e. had the same objective and intended the harm).

The Applicants argued that, because the Respondents (i) provided resources to the SLP and (ii) could foresee the SLP using unlawful force, the judge at first instance should have inferred an intention on the part of the Respondents “to quash protest, if need be by the use of excessive violence”. Additionally, they contended that the intention could be inferred from the activities of the Respondents’ employees.

The Court of Appeal rejected this ground of appeal and made the following findings:

• the provision of resources to the SLP by the Respondents was not tortious but “part and parcel” of the parties’ relationship. Without these provisions, the SLP would not have provided the necessary services. To the extent that any intention could be inferred, it was as likely, if not much more likely, that the provision of resources was to assist the SLP in keeping the peace (which could be carried out without the SLP committing any tort) rather than to encourage the quashing of protests by unlawful means;

• by reference to “common sense”, the Respondents “needed and were entitled” to rely on the services of the SLP to protect their employees and property. The act of calling on and helping the SLP to uphold law and order did not make the Respondents liable for their actions “simply because it is foreseeable that the police might use excessive force to achieve that result”. Calling the police in a tense situation where over-reaction is foreseeable (which is when the help of the police is most needed) should not lead to liability for the actions of the police; and

• foreseeability alone could not establish liability for “tortious common design”. The fact that the Respondents could have foreseen the SLP using unlawful force (because of their notoriety for doing so), did not demonstrate they intended that possibility to come about. The judge at first instance had found that the Respondents (i) had no actual intention that the SLP should or would use excessive force, (ii) did not encourage or condone such behaviour and (iii) did not control or organise the SLP. These findings of fact were final, so arguments that the intention could be inferred from the acts of the Respondents’ employees were not open to the Appellants – “there was an insuperable barrier to the appeal”.

Second Ground of Appeal: Duty of Care in Negligence

Liability will not generally be imposed in negligence for failing to warn against or otherwise take steps to protect a person from harm by a third party (i.e. “pure omissions”) but, rather, will be imposed in respect of acts causing damage. An exception exists where a party creates the source of danger that causes harm.

The Applicants argued that the judge at first instance erred in treating this case as a “case of ‘pure omissions’” when instead he should have considered the existence of a duty of care by reference to the principles in Caparo, foreseeability, proximity and whether imposition of a duty was fair, just and reasonable. Alternatively, the Applicants argued that, even if this was a case of “pure omissions”, the judge at first instance should have found liability on the basis that the Respondents created the danger by providing resources to the SLP.

The Court of Appeal also rejected this ground of appeal and made the following findings:

• the case was one of pure omissions, namely a failure to take adequate steps to prevent the SLP from harming the Applicants, to which liability did not attach. The Appellants had sought to argue that the provision of resources were “acts”, so as to bring otherwise bare and distinct omissions within the parameters of a duty of care. The Respondents’ actions in equipping the SLP did not change this conclusion;

• the SLP created the danger – “[their] over-reaction was the result of “fear, ill-discipline, anger and testosterone” amongst the [officers] on the ground” – it had not been created by the Respondents through the provision to the SPL of cash, vehicles and accommodation. Quite to the contrary, without the Respondents’ resources, “the situation might well have been worse” . Furthermore, calling the SLP was not an act of “creating the danger” or “assuming liability”;

• the Respondents owed no freestanding tortious duty of care. Firstly, there was no proximity because (i) there was no real apparent limit or physical boundary to the area in which residents were alleged to have been owed a duty, (ii) the Appellants had no direct connection with the Respondents and (iii) all events took place on public property. Second, even though foreseeability of harm was established, it would not be fair, just or reasonable to impose a duty of care “in order to protect a large group of inhabitants of Sierra Leone from their own police force”. The Respondents’ provision of resources was a reasonable and proportionate arrangement of necessity. Imposing a duty of care would result in the Respondents “owing an indeterminate liability to an indeterminate class of people”; and

• although the Respondents would have breached a duty (if one had existed) by failing to (i) carry out a risk assessment, (ii) have a crisis management plan, (iii) sufficiently engage with the SLP and (iv) do enough to liaise with the SLP to reduce the risk of excessive force and mistreatment, “those [four] breaches had no causative effect “ and would not have changed the conclusion on liability, whether individually or cumulatively.

Civil Society Organisations often criticise judges for failing to take note of principles such as the Voluntary Principles when considering group actions alleging human rights abuses. However in Kalma, the Court of Appeal expressly considered the Voluntary Principles and recognised the primary role of a state to protect its citizens, contrasted against the role of businesses to respect this dynamic and, at most, facilitate law and order.

While the Kalma case was not argued on the basis of parent company liability, it is important for businesses to be mindful of the recent Supreme Court decision in Vedanta in relation to the activities of overseas subsidiaries. In that case, the Supreme Court found that it was arguable that a direct duty of care may arise between a parent company and those affected by the operation of its subsidiaries where the parent company had in fact intervened in, controlled, supervised or advised the management of the subsidiaries, or held itself out as exercising control in its public statements.

In Kalma, the Court expressly found that actions of a company operating in difficult circumstances in a foreign jurisdiction must be taken into account when interpreting facts, such as the support provided to the SLP. Many businesses will need to take action of this sort out of necessity, in order to be able to protect their own people and property. The case therefore may be viewed as providing some comfort to businesses which operate abroad and are compelled to rely on local police forces to protect their operations. 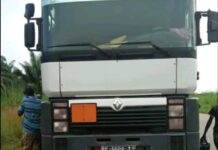 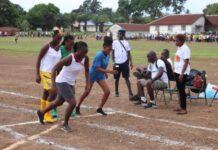 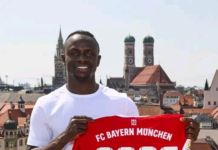