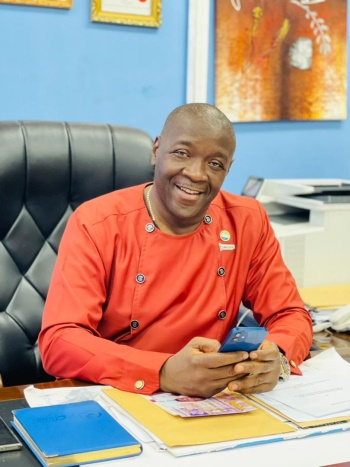 The Rokel Commercial Bank (RCB) on Friday 25th June, 2021 held its annual dinner for Editors at the Sea Side Hotel, Aberdeen in Freetown.

The Manager thanked and appreciated all Editors for making the news interesting, adding that many journalists do call or show him stories that have to do with cross checking of facts before publishing.

He pointed out that as partners in development sometimes journalists need to sit together and try to find out or cross check whether some of their stories are factual and not by defaming the bank or an individual’s character.

He said as the Managing Director he always wants to maintain good relationship between the media and the bank and to also operate, direct access in a friendly manner with the media.

“We are always there to support the media and the bank belongs to every Sierra Leonean, but if you want to write or put  any article make sure that you cross check before publishing because by some misleading publications against the bank people in the UK, New York  have already decided where they should deposit their money,” the MD said.

He averred that since his inception as MD of the bank he has been working amicably with the media in the country just to build a better relationship.

Dr. Gilpin has been so friendly with the media in Sierra Leone compared to the other banks in the country, even in the midst of the COVID-19 pandemic he gives out many advertisement contracts to media houses.

The RCB MD has followed the President’s example by organizing annual dinners for senior media practitioners in Sierra Leone as a way of strengthening relationship.

Through this relationship the media has also helped him greatly in promoting the Rokel Commercial Bank than any other bank in the country.

Today several media houses are been building a good relationship and serving as an umbrella for the development of the bank.

Sierra Leone’s Commissioner of the Anti-Corruption commission, Francis Ben-Kaifala Esq., has delivered a public lecture at the Canadian College of Modern Technology on the theme ‘How can we reclaim the strength of Sierra Leone in this age of corruption?’ The lecture attracted students and members of staff of CCMT. In his talk, the ACC boss urged students to refrain from corrupt practices and noted that corruption was one the reasons for the underdevelopment of many nations, adding that Sierra Leone is not an exception.

He pointed out that though the country is challenged in areas like health care, education, poor infrastructure, among others, but maintained that the country is well known for its religious tolerance, peace and stability, mineral deposits, its natural touristic attraction and its numerous strides in the fight against corruption.

In terms of peace and stability, he said that Sierra Leone is highly recognized as one of the most peaceful countries in the world. The latest Global peace Index released by the Institute for Economics and Peace, rated Sierra Leone 46 out of 163 countries. This, the ACC head noted, means that Sierra Leone is more peaceful than most advanced countries, including France and the United States of America, which were ranked 66, and 121 respectively.

He emphasized that everyone including the students should effect the change that Sierra Leone needs, adding that people should desist from doing things that tend to put them apart. He advised that every Sierra Leonean must resist corruption and join the crusade in the fight against corruption.

Commissioner Ben-Kaifala further disclosed that he was impressed and gratified with the state of the art facilities he saw at the CCMT campus. ‘’I never knew how beautiful and attractive the Canadian College was when passing by heading for Bo and Kenema, but with what I have seen today, especially the Electronic Library, the Computer Labs, the multipurpose building among other things, I am so moved and wish to send my kids here to study,’’ he noted.

He further called on government and the relevant authorities to expedite the approval process for the college to attain a University status, noting that the college is on the right path in building the country’s human capital.

Other people who made meaningful contributions were the college’s Registrar, Director of Academic Affairs, Director of Students Affairs, and President of the Students Union Government among others.

The Sierra Leone Bar Association has concluded engagement with the Ministry of Lands and Country Planning on diverse issues including the non-signing of survey plans, the turnaround time for inspection of lands leading to the issuance of building permit, and  the rights of the Krios to freehold in the provinces.

The association’s engagement with the Ministry is consistent with the growing public outcry against the inaction of the Ministry to sign survey plans among other contingent matters including the outcome of investigations by the newly instituted Land Complaint Committee (LCC).

Led by the President of the Bar, the engagement of the authorities of the Ministry of Lands on June 15, 2021, was  not only to enquire into the reasons why the Ministry discontinued the signing of survey plans,  but to further  tickle the authorities to cure the delay of Returns to the office of the Administrator and Registrar-General (ARG).

Speaking at the meeting at Youyi Building in Freetown, the President of the Sierra Leone Bar Association, Madam Michaela Eddinia Swallow questioned the delay in lifting the  moratorium on the signing of survey plans and the inordinate delay in the submission of Returns to the office of the Administrator and Registrar-General.

Lawyer Swallow outlined the difficulties faced by members of the public in getting their title deeds registered and the seeming confusion inherent in the entire process from the Ministry of Lands to Administrator and Registrar General’s office at Roxy Building in Freetown.

Ms. Swallow used the occasion to appeal to the authorities to make good the current state of affair in the country.

In his response, the Minister of Lands and Country Planning,  Turad Senesie stated that there existed a Moratorium on the acquisition and disposition of land in the country but that the same has been lifted, noting that the Ministry recommenced the signing of survey plans some four weeks ago.

The Minister further stated that his office has designed new criteria to get a survey plan signed. These criteria, he went on, may be stringent but are appropriate to deal with the emerging problems the Ministry had contended with in its previous administrations.

“The chain starts from the front desk and ends at the front desk”, he pointed out, adding that it’s now a policy that a “licensed surveyor who signs a survey plan takes full responsibility of any error and/or problem arising therefrom”.

According to Senesie, documents are now signed within 14 days after submission, provided that they meet the criteria now set out by the Ministry. He went on to state that in an event a document is refused, the rejected  document is boldly marked ‘rejected’ and same is sent to the enquiry desk for further verification.

Turad Senesie assured the group that a Lands Complaint Committee is now fully functional, and that the Committee is setup to look into complaints of land disputes.

“The Committee is at the verge of completing investigations into land disputes under my predecessor and the finding and recommendations will soon be submitted to cabinet for government’s position statement to be made on it,” he said.

The Minister acknowledged delays in the submission of Returns to the Registry at Roxy Building and promised to act on same, noting that his office will shorten the turnaround time for the inspection of lands leading to the issuance of building permits.

“I am of the view that, records which predate my assumption of office need to be cross-checked in order to avoid multiple signing and the reoccurrence of the problems being curbed right now,” the Minister insisted.

Other personalities present were some Directors of the Sierra Leone Bar Association and a cross section of its members, the Director of Surveys and Lands of the Ministry of Lands and Country Planning, the Ministry’s digital technician among many other senior staff of the Ministry.

The engagement was climaxed by a tour of the Standard Operating Procedures now set out at the Ministry. 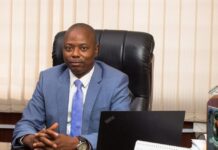 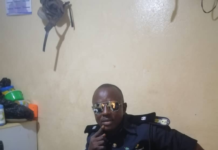