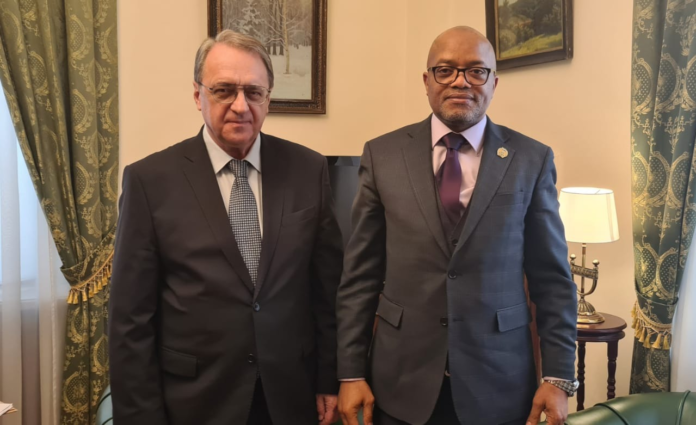 Ambassador Yongawo acknowledged the Russian Foreign Affairs Ministry and the African Affairs Department for their support in carrying out his duties in Moscow.

During the meeting, the Ambassador and the Minister discussed matters of mutual interest to Sierra Leone and the Russian Federation.

The Ambassador also used the occasion to reinstate the priority areas of H.E President Julius Maada Bioâ€™s New Direction Government.Â  These included but not limited to: Energy, Transportation, Human Capital Development (Education and Skills Training), Fisheries, Infrastructural development and Mining, among others.

Ambassador Yongawo noted: â€œI am very grateful to the Russian Government and particularly RUDN University for their support in awarding medical Scholarships to our citizens. I am however pleading with the Russia Government to consider lifting the travel restrictions so that Sierra Leonean students who have been awarded scholarships are able to travel to Russia to commence their studies, as we understand the travelling restrictions have been lifted for few countries. We however would like to acknowledge the opportunity that has been granted to our students during this period to access lectures onlineâ€.

Ambassador Yongawo reiterated his appeal for Russia to consider reopening its Embassy in Freetown or have a Consulate that will be capacitated to issue Visas to Sierra Leoneans and others who may want to travel to the Russian Federation especially now that lots of Russians are engaged in business in Sierra Leone.

Ambassador Yongawo registered appreciation of H.E Bio, the Government and the People of Sierra Leone and acknowledged the support of the Russia Federation in the fight against COVID-19, with 10,000 test kits and the free 50 garbage trucks.

On his part, the Deputy Foreign Affairs Minister of the Russian Federation Mikhail Bogdanov assured Ambassador Yongawo of his governmentâ€™s commitment to continuing the bilateral relation with Sierra Leone.

Mr. Bagdanov also used this important meeting to speak to the issue of the possibility of holding the next Russia-Africa Summit in Africa in 2022.

He added that consultations are on-going and that in the nearest future the Sierra Leone government will be contacted.

Ambassador Yongawo and the Deputy Foreign Affairs Minister among others shared memories of the 2019 October ‘Russia-Africa Summitâ€™ in Sochi.

The Ambassador and the Minister discussed possible future official visits of Minister Nabeela Tunis and H.E Bio to the Russia Federation and the benefits of such visits to both nations.

In a public notice dated the 31st March 2021, it was made known that starting from the 9th April 20 21 to the 22nd April, 2021, from 08:00am to 5:00pm daily, the National Civil Registration Authority (NCRA)) will undertake a Biometric Verification of Government Pensioners whose Personal Details have been provided by NASSIT and the Accountant Generalâ€™s Department.

This will become operational due to the request of the Ministry of Finance and in collaboration with the National Social Security and Insurance Trust (NASSIT.

The purpose of the exercise is to sanitise the Government Pension Payroll in order to make it transparent and accountable. The Verification exercise will be done simultaneously at all NASSIT 33 Pension Pay Points and NCRA Offices across the country. For Pensioners in the Western Area Urban, Verification will be done at the Sierra Leone Police Officersâ€™ Mess, Kingtom Freetown.

All active Government Pensioners are encouraged to go to their usual NASSIT Pension Pay Points and NCRA offices in their respective Districts for Verification.

Sick/bed-ridden Pensioners, who might have changed their locations or addresses, are advised to send their Wards/Aids either to the nearest NASSIT Pay Point and the NCRA Offices in their locations during the exercise to update their contact addresses.Â

For Military Officers Killed in Action (KIA), beneficiaries/ survivors must come along with their Discharged Books and all other relevant

The aforementioned documents should be scanned and sent via email to [email protected] or send hard copy to the Director General, NCRA, 2 Walpole Street Freetown.

All Government Pensioners are encouraged to cooperate with the NCRA in order to have a successful Verification exercise. 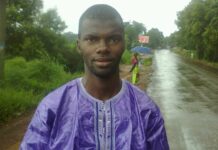 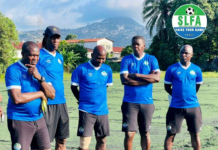 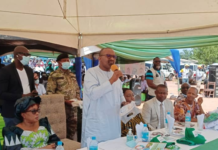