The Third prosecution witness has on Tuesday 7th July this year testified in the murder case of N’tuma Mansaray, a former staff nurse at Lumley health center who allegedly killed her husband, a military sergeant Momoud Mansaray.  Detective Inspector, Mohamed Kamara in his evidence said all the exhibits he received in respect of the case and inquiry file have bloodstains.

Testifying on oath before Magistrate Mark Ngebah of Pademba Road court No.2, the Police witness said on 22 April 2020 he received the file from the crime officer Detective Assistant Superintendent of police, Abubakar Kargbo from Congo cross police station.

He said he treated the knife, orange dress, and window curtain with bloodstain as exhibits in respect of the case by handing them over to the exhibit clerk.

According to the witness, he said on Friday 3 April 2020, an autopsy was conducted by the government pathologist, Dr. Owizz Koroma, after which the body was handed over to the relatives for burial.

The witness said on 18th April 2020, he charged the accused with the offense of murder.

At the end of his examination in chief, defense counsel IP Mamie cross-examined the witness and the case was adjourned to14th July 2020. It would be recalled that the accused Nituma Mansaray, a state registered nurse attached to the Lumley health center was arraigned on one count of murder contrary to the law. The particulars of offense stated that the accused on Monday 30th March 2020 at the Murray Town Military Barracks Freetown, unlawfully murder Mahmoud Mansaray. 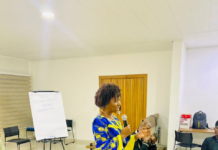 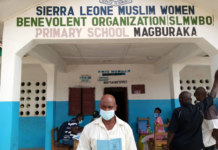