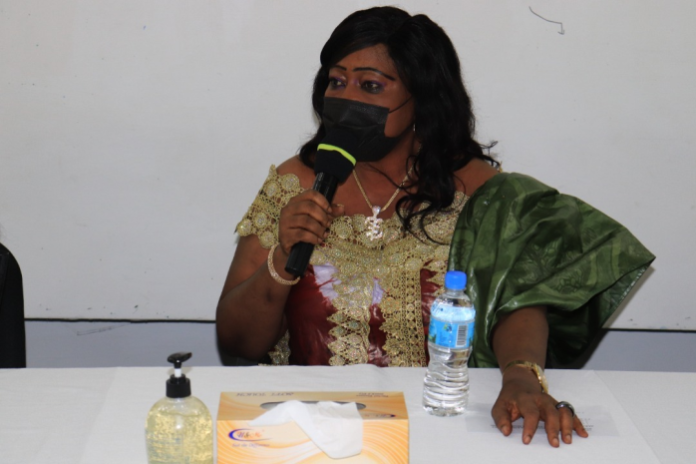 Following the revelation by the ACC following its conclusion into investigations about alleged fake academic qualifications obtained by a number of people working in top government positions; apart from the senior commissioner at NRA whose investigation was recently concluded by the ACC that determined that his academic qualifications were obtained illegally, there are still a number of others the ACC is still investigating.

Against this background, concerned citizens are urging the ACC to speed up the investigation and at the same time, citizens are calling on Memunatu Pratt to do the honorable thing by relinquishing the title and resigning from her position because her alleged action has dented her image and that of the education institution -, Fourah Bay College – University of Sierra Leone (USL) she served before appointed minister.

In the same vein, questions are still being asked by sections of the general public and the media about the academic qualifications of (Dr.) Memunatu Pratt, the Minister of Tourism and Cultural Affairs.

Our investigations reveal that while she was lecturer at Fourah Bay College (FBC) – University of Sierra Leone (USL), her nomenclature carried the title of Dr.

It was when she became minister in the current dispensation that people took notice of the fact that she had started using the title (Dr.).

It could be recalled that when the fake degree saga broke, we took upon ourselves as a credible and professional media to go the whole nine yards to investigate the matter fully. We wrote letters to all those that were named as having acquired fake degrees and using same to their benefit with a view to explain their own sides of the story so that we can report a balanced and objective story.

Sadly, Memunatu Pratt, either by omission or commission, did not see it as relevant to respond to the queries in our letter.

Meanwhile, the ACC has concluded its investigation into the fake degree scam hanging over a senior NRA staff, Commissioner Ibrahim Sorie Kamara who had been slammed the guilty verdict hammered a couple of weeks ago.

The ACC is still investigating the others named as acquiring academic credentials anyway, except legally but it is still unclear whether madam pratt is amongst the big names being investigated not to mention the minister of Agriculture Abubakarr Karim who is alleged to have transformed his nursing certificate into a Dr. wholesomely.

If at the end of the day, the ACC comes out with a report unfavorable to Memunatu Pratt, what next?

We are tempted to ask the above question simply because it is an undeniable fact that Memunatu Pratt is still unduly arrogating such a (Dr.) title to herself even when an official statement was already put out by the Government through the Ministry of Higher and Technical Education and even the House of Parliament for all those fake honorary as well as undeserved Doctorate title and degrees to forthwith desist from using such titles as prefixes to their names.

Moreover, we are still particularly interested to inquire into how far the ACC has gone to investigate the persons in question more so when it is an irrefutable truism that she has been undeservedly using such a tittle when she was an active lecturer at Fourah Bay College, University of Sierra Leone; Peace and Conflict Department to be specific onto becoming Head of Department of same thereby conferring undue advantage to herself to catapult herself into such a feat.

The ACC might want her to pay back all salary received in the University using her alleged fake academic capacity. The ACC boss, Francis Ben Keifela was recently over 98.1 FM radio Good Morning Show boasting that his investigations into the issue are ongoing but he failed to tell the public whether big names such as the Tourism Minister and Agriculture Minister are amongst the key people under his investigative radar.

In civilized democracies, Madam Pratt would have resigned her job especially when she is reported to have accepted the fact that her title ‘Dr.’ is honorary.

The public curiously waits to know her present status as regard the issue in question particularly so when she is still being dressed with the Dr. title. So, what about the salaries she received in her many years as head of the peace and conflict department – FBC?  These monies should be returned back to the state. These are tax payers’ monies.

That said, many others who are being investigated have either been relieved of their duties or suspended for same.

Or should we just pretend to be oblivious about this sad reality and leave her to be illegally parading with such unmeritorious title of a Dr.? Is she a sacred cow because she is currently a sitting Minister in the present government?

Are we waiting for a situation where the ACC will give us flimsy ‘’games’ to say they don’t see any case or don’t have much evidence like the Chinese rice saga issue? We are waiting; but we will continue to remind the public and analyze these investigations of fake degrees among top government officials in the Bio government. 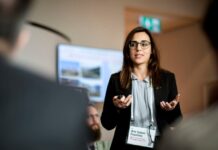 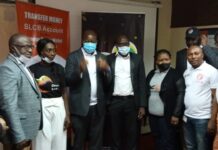