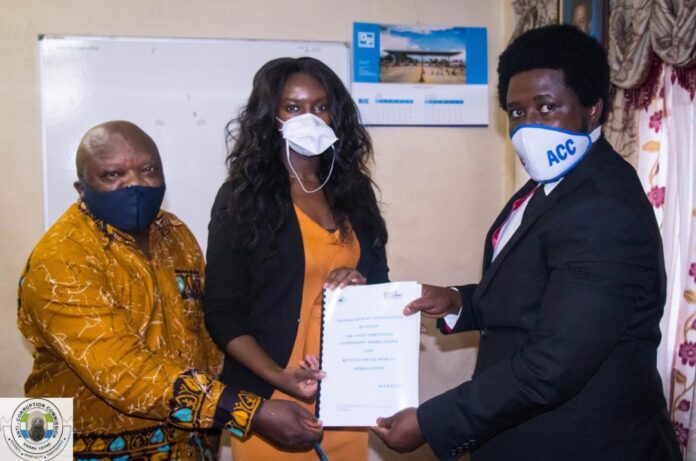 The Anti-Corruption Commission (ACC) on Friday, 21st August 2020, signed a Memorandum of Understanding (MoU) with Restless Development Sierra Leone (RDSL) to strengthen and deepen transparency and accountability in the utilization of COVID 19 resources.

The signing ceremony, which took place at the ACC Headquarters, 3 Gloucester Street, Freetown, is a further manifestation of both institutions’ sincere desire to complement each other in the fight against corruption.

Deputy Commissioner ACC, Augustine Foday Ngobie, who chaired the ceremony welcomed the Team from RDSL to the signing, and emphasized the importance of having credible individuals and institutions like RDSL partnering with the ACC in ensuring that Sierra Leone is a corrupt free State. Restless Development Sierra Leone is a youth-led organization that was set up in 2005 to promote good governance, transparency and accountability.

The Commissioner of the ACC, Francis Ben Kaifala Esq., thanked RDSL for approaching ACC and working together to sign an agreement to cement and confirm the relationship between the two institutions. He said the signing is timely and will add more resources and manpower to the ACC to be able to monitor and coordinate what is happening with COVID-19 funds across the country.

In her submssion, Glyniss Cummings-John, Deputy Director, RDSL, expressed sincere gratitude on the signing of the MoU. She stated that RDSL has a commitment to promote and uphold accountability, transparency and good governance across the country. She furthered that, a country with a population that comprise 80% of young people, would only succeed in fighting corruption, when young people are brought onboard.” Therefore, RDSL will work closely with the ACC across all sixteen (16) districts in Sierra Leone to ensure citizens are equipped with the right information in order to make the right decisions, and can hold service providers accountable.” She also stated that, working with the ACC and young people will help combat corruption, empower citizens and help them understand the cost of corruption.

The MoU, amongst other things, will foster understanding on the principles of collaborative engagement and partnership between the two institutions.

According to the agreement, ACC and RDSL will complement each other’s efforts in the fight against corruption, especially in areas where the mandates are  cross-cutting; and also, in the dissemination of information on the COVID-19 Task Force; collaborate in sensitizing and educating the public on issues of corruption, transparency, accountability and good governance, so persons who are literate and non-literate can fully understand; and collaborate to promote and inculcate patriotism in citizens.

The citation of the MoU was read by *Miss Margaret Murray*, the Public Relations Officer of the Anti Corruption Commission. 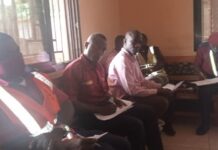 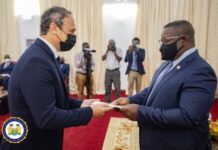 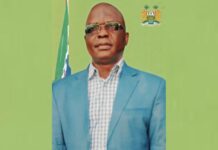